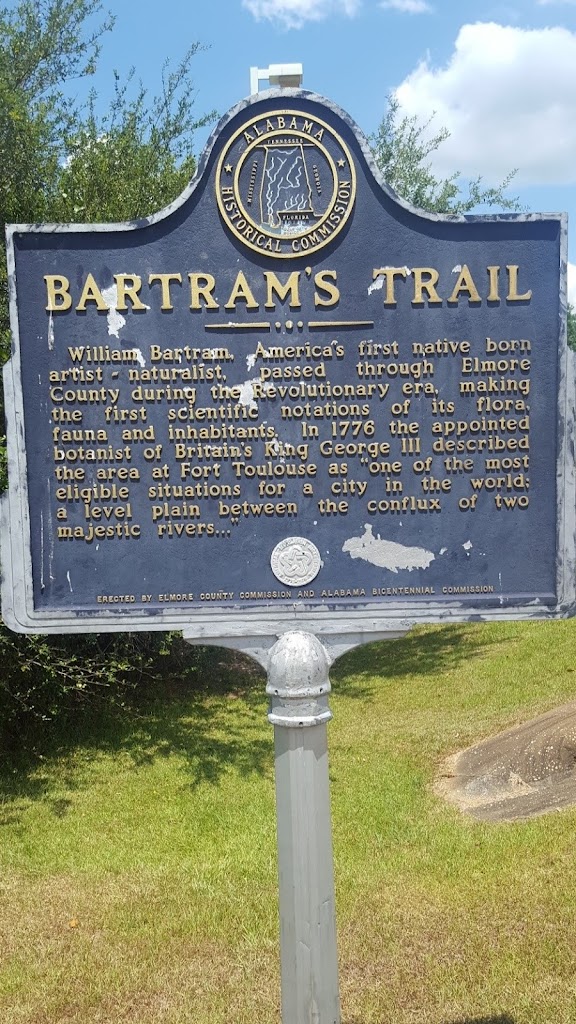 William Bartram, America’s first native born artist-naturalist, passed through Elmore County during the Revolutionary era, making the first scientific notations of its flora, fauna and inhabitants. In 1776 the appointed botanist of Britain’s King George III described the area at Fort Toulouse as “one of the most eligible situations for a city in the world; a level plain between the conflux of two majestic rivers…"