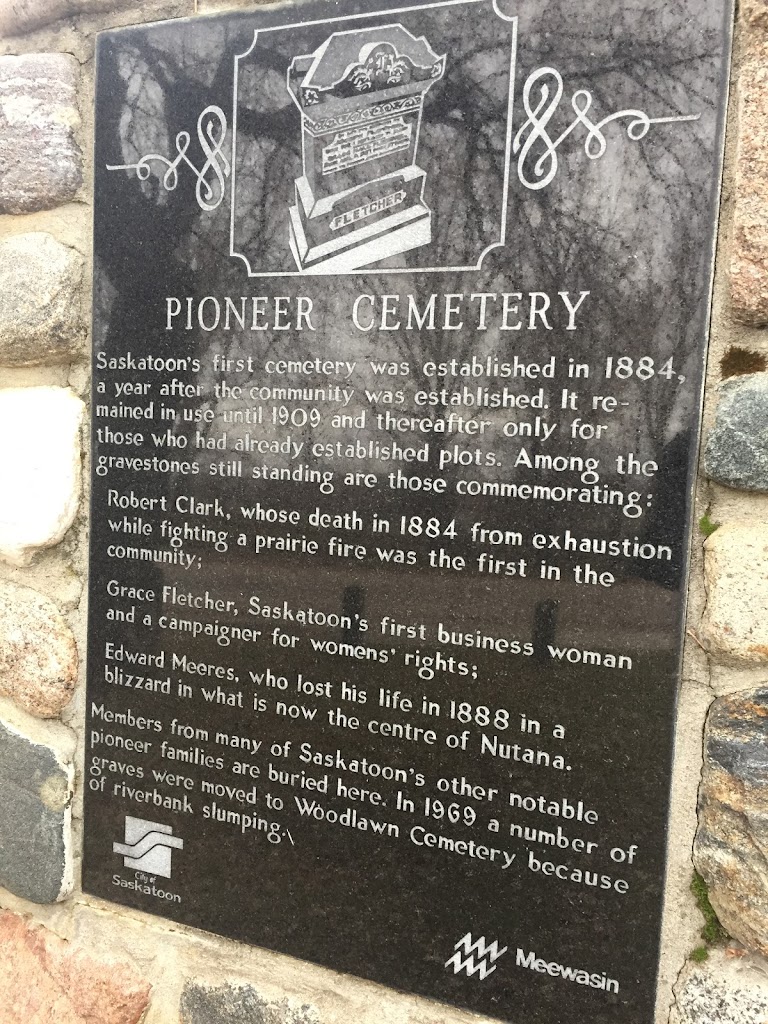 Saskatoon's first cemetery was established in 1884, a year after the community was established. It remained in use until 1909 and thereafter only for those who had already established plots. Among the gravestones still standing are those commemorating:

Robert Clark, whose death in 1884 from exhaustion while fighting a prairie fire was the first in the community;

Edward Meeres, who lost his life in 1888 in a blizzard in what is now the centre of Nutana.

Members from many of Saskatoon's other notable pioneer families are buried here. In 1969 a number of graves were moved to Woodlawn Cemetery because of riverbank slumping.