The Founding of Weston 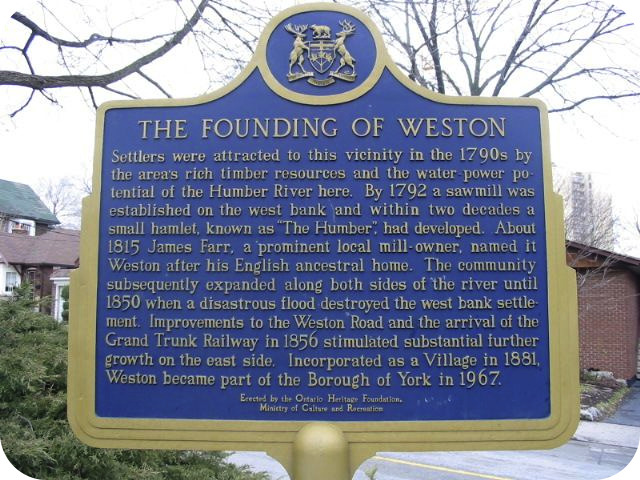 Settlers were attracted to this vicinity in the 1790s by the area's rich timber resources and the water power potential of the Humber River here. By 1792 a sawmill was established on the west bank and within two decades a small hamlet, known as 'The Humber', had developed. About 1815 James Farr, a prominent local mill-owner, named it Weston after his English ancestral home. The community subsequently expanded along both sides of the river until 1850 when a disastrous flood destroyed the west bank settlement. Improvements to the Weston Road and the arrival of the Grand Trunk Railway in 1856 stimulated substantial further growth on the east side. Incorporated as a Village in 1881, Weston became part of the Borough of York in 1967.