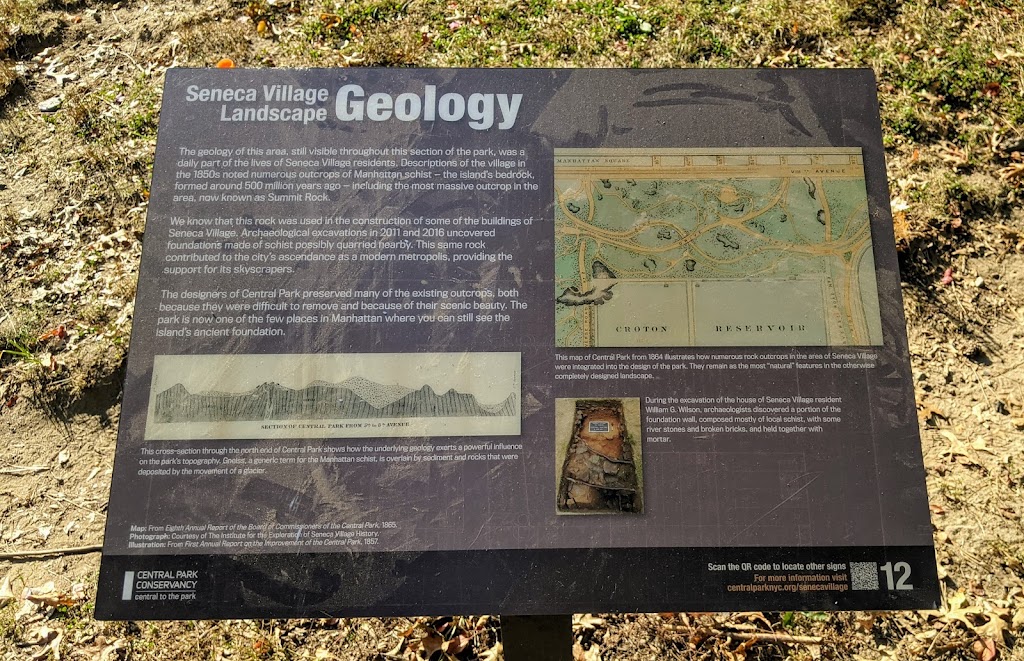 Seneca Village Landscape
Geology
The geology of this are still visible throughout this section of the park, was a daily part of the lives of Seneca Village residents: Descriptions of the village in the 1950s noted numerous outcrops of Manhattan schist - the island's bedrock, formed around 500 million years ago including the most massive outcrop in the area, now known as Summit Rock.
We know that this rock, was used in the construction of some of the buildings of Seneca Village. Archaeological excavations in 2011 and 2016 uncovered foundations made of schist possibly quarried nearby. This name rock contributed to the city's ascendance as a modern metropolis, providing the support for its skyscrapers.
The designers of Central Park preserved many of the existing outcrops, both because they were difficult to remove and because of their scenic beauty. The park is now one of the few places in Manhattan where you can still see the island's ancient foundation.
Submitted by @lampbane