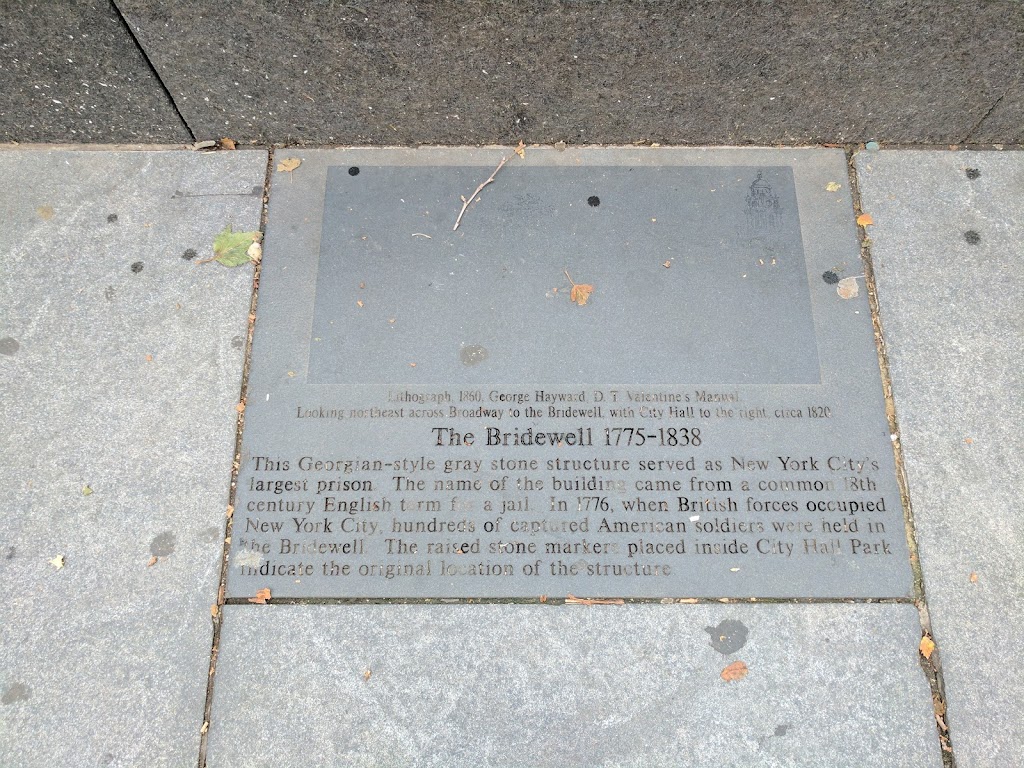 Lithograph, 1860, George Hayward D. T. Valentine's Manual
Looking northeast across Broadway to the Bridewell, with City Hall to the right, circa 1820

This Georgian-style gray stone structure served as New York City's
largest prison. The name of the building came from a common 18th
century English term for a jail. In 1776, when British forces occupied
New York City, hundreds of captured American soldiers were held in
the Bridewell. The raised stone markers placed inside City Hall Park
indicate the original location of the structure.