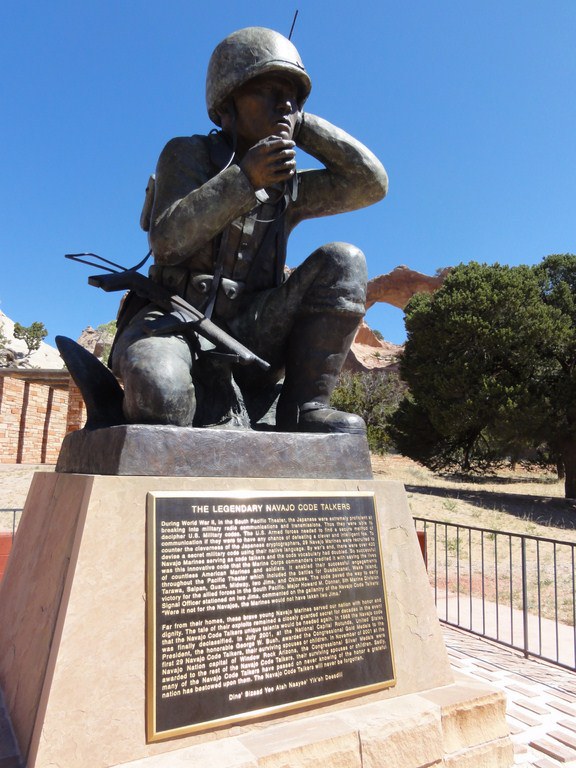 During World War II, in the South Pacific Theater, the Japanese were extremely proficient at breaking into military radio communications and transmissions. Thus they were able to decipher U.S. Military codes. The U.S. Armed forces needed to find a secure method of communication if they were to have any chance of defeating a clever and intelligent foe. To counter the cleverness of the Japanese cryptographers, 29 Navajo Marines were recruited to devise a secret military code using their native language. By war’s end, there were over 400 Navajo Marines serving as code talkers and the vocabulary had doubled. So successful was this innovative code that the Marine Corps commanders credited it with saving the lives of countless American Marines and soldiers. It enabled their successful engagements throughout the Pacific Theater which included the battles for Guadalcanal, Wake Island, Tarawa, Saipan, Guam, Midway, Iwo Jima, and Okinawa. The code paved the way to early victory for the allied forces in the South Pacific. Major Howard M. Conner, 5th Marine Division Signal Officer stationed on Iwo Jima, commented on the gallantry of the Navajo Code Talkers: “Were it not for the Navajos, the Marines would not have taken Iwo Jima.”