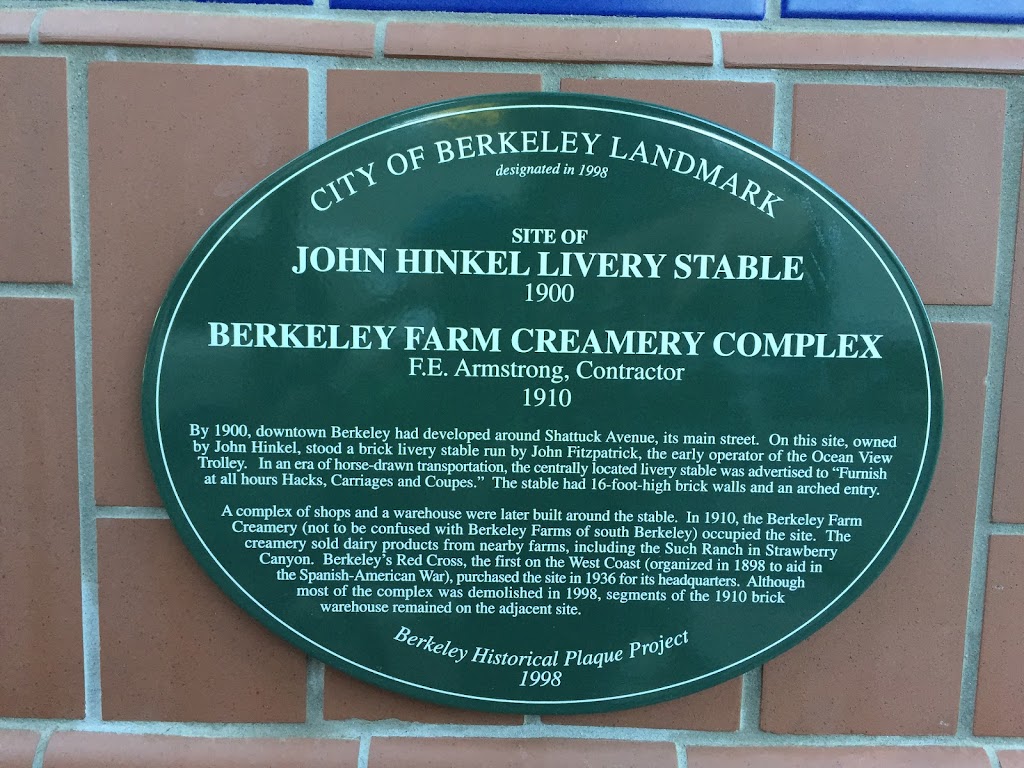 By 1900, downtown Berkeley had developed around Shattuck Avenue, its main street. On this site,
owned by John Hinkel, stood a brick livery stable run by John Fitzpatrick, the early operator of the Ocean View
Trolley. In an era of horse-drawn transportation, the centrally located livery stable was advertised to “Furnish
at all the hours Hacks, Carriages and Coupes.” The stable had 16-foot-high brick walls and an arched entry.

A complex of shops and a warehouse were later built around the stable. In 1910, the Berkeley Farm
Creamery (not to be confused with Berkeley Farms of south Berkeley) occupied the site. The
creamery sold dairy products from nearby farms, including the Such Ranch in Strawberry
Canyon. Berkeley’s Red Cross, the first on the West Coast (organized in 1898 to aid in
the Spanish-American War), purchased the site in 1936 for its headquarters. Although
most of the complex was demolished in 1998, segments of the 1910 brick
warehouse remained on the adjacent site.