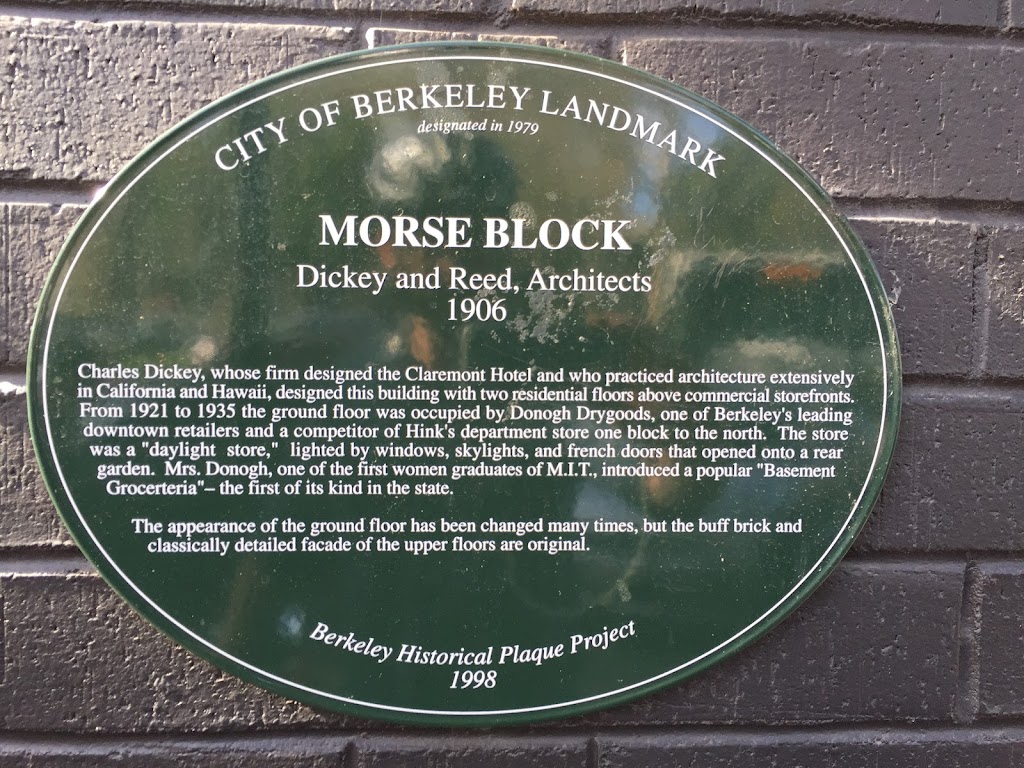 CITY OF BERKELEY LANDMARK
designated in 1979

Charles Dickey, whose firm designed the Claremont Hotel and who practiced architecture extensively
in California and Hawaii, designed this building with two residential floors above commercial storefronts.
From 1921 to 1935 the ground floor was occupied by Donogh Drygoods, one of Berkeley’s leading
downtown retailers and a competitor of Hink’s department store one block to the north. The store
was a "daylight store," lighted by windows, skylights, and french doors that opened onto a rear
garden. Mrs. Donogh, one of the first women graduates of M.I.T., introduced a popular "Basement
Grocerteria"-- the first of ts kind in the state.

The appearance of the ground floor has been changed many times, but the buff brick and
classically detailed facade of the upper floors are original.