Mike VI and his habitat 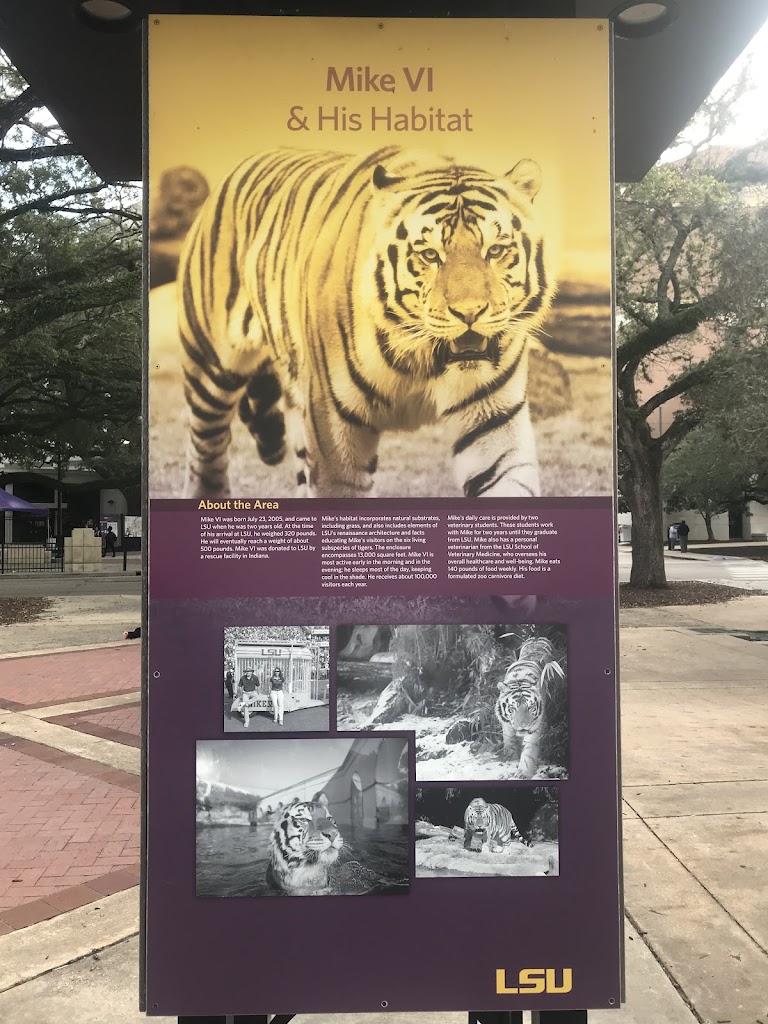 About the Area
Mike VI was born July 23, 2005, and came to LSU when he was two years old. At the time of his arrival at LSU, he weighed 320 pounds. He will eventually reach a weight of about 500 pounds. Mike VI was donated to LSU by a rescue facility in Indiana.

Mike's habitat incorporates natural substrates, including grass, and also includes elements of LSU's renaissance architecture and facts educating Mike's visitors on the six living subspecies of tigers. The enclosure encompasses 13,000 square feet. Mike VI is most active early in the morning and in the evening; he sleeps most of the day, keeping cool in the shade. He receives about 100,000 visitors each year.

Mike's daily care is provided by two veterinary students. These students work with Mike for two years until they graduate from LSU. Mike also has a personal veterinarian from the LSU School of Veterinary Medicine, who oversees his overall healthcare and well-being. Mike eats 140 pounds of food weekly. His food is a formulated zoo carnivore diet.