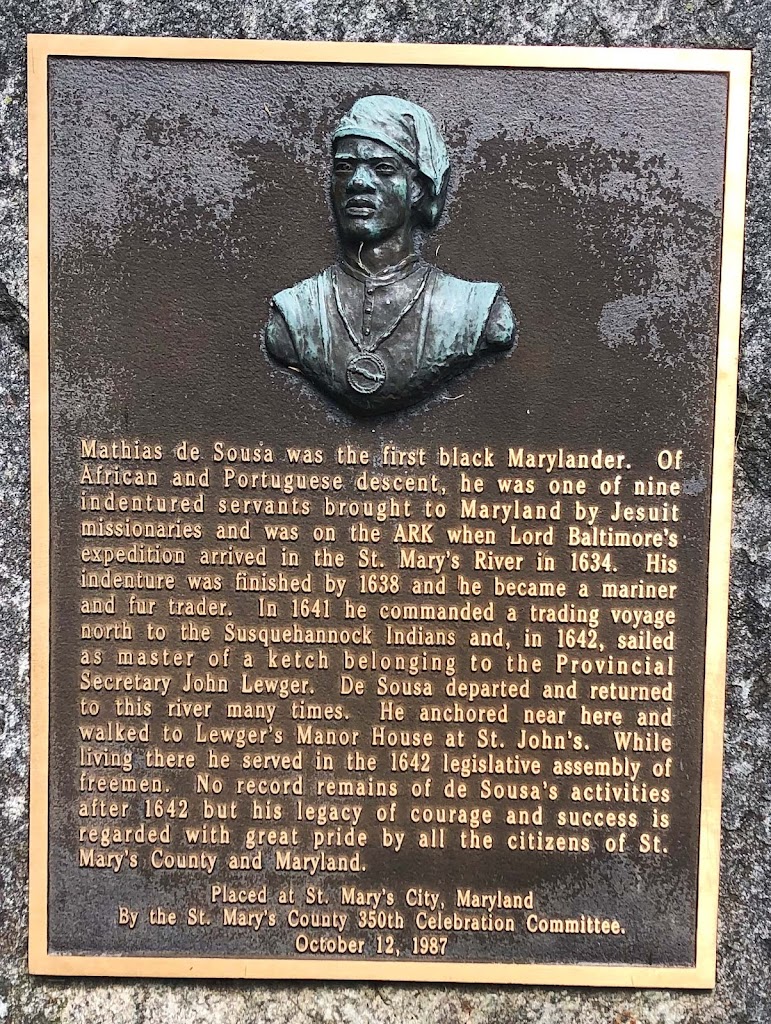 Mathias de Sousa was the first black Marylander. Of
African and Portuguese descent, he was one of nine
indentured servants brought to Maryland by Jesuit
missionaries and was on the ARK when Lord Baltimore's
expedition arrived in the St. Mary's River in 1634. His
indenture was finished by 1638 and he became a mariner
and fur trader. In 1641 he commanded a trading voyage
north to the Susquehannock Indians and, in 1642, sailed
as a master of a ketch belonging to the Provincial
Secretary John Lewger. De Sousa departed and returned
to this river many times. He anchored near here and
walked to the Lewger's Manor House at St. John's. While
living there he served in the 1642 legislative assembly of
freemen. No record remains of de Sousa's activities
after 1642 but his legacy of courage and success is
regarded with great pride by all the citizens of St.
Mary's County and City.