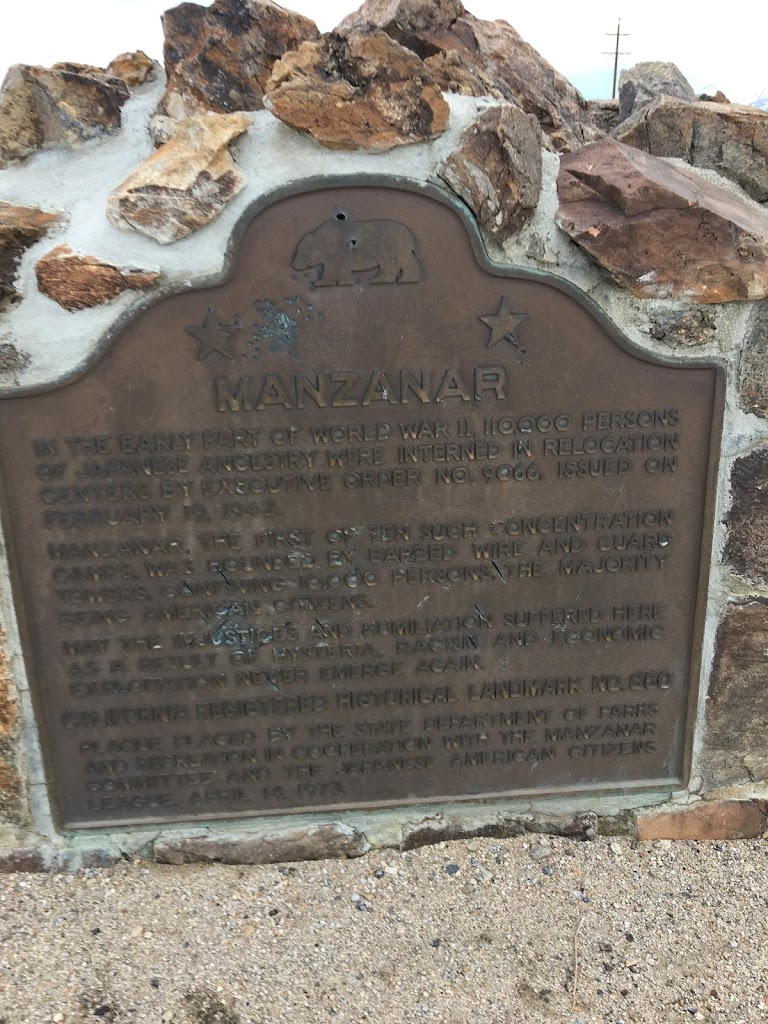 In the early part of World War II, 110,000 persons
of Japanese ancestry were interned in relocation
centers by Executive Order No. 9066, issued on
February 19, 1942.

Manzanar, the first of ten such concentration
camps, was bounded by barbed wire and guard
towers, confining 10,000 persons, the majority
being American citizens.

May the injustices and humiliation suffered here
as a result of hysteria, racism and economic
exploitation never emerge again.

Photo courtesy  @emmettsfitz, who made this episode of 99% Invisible.