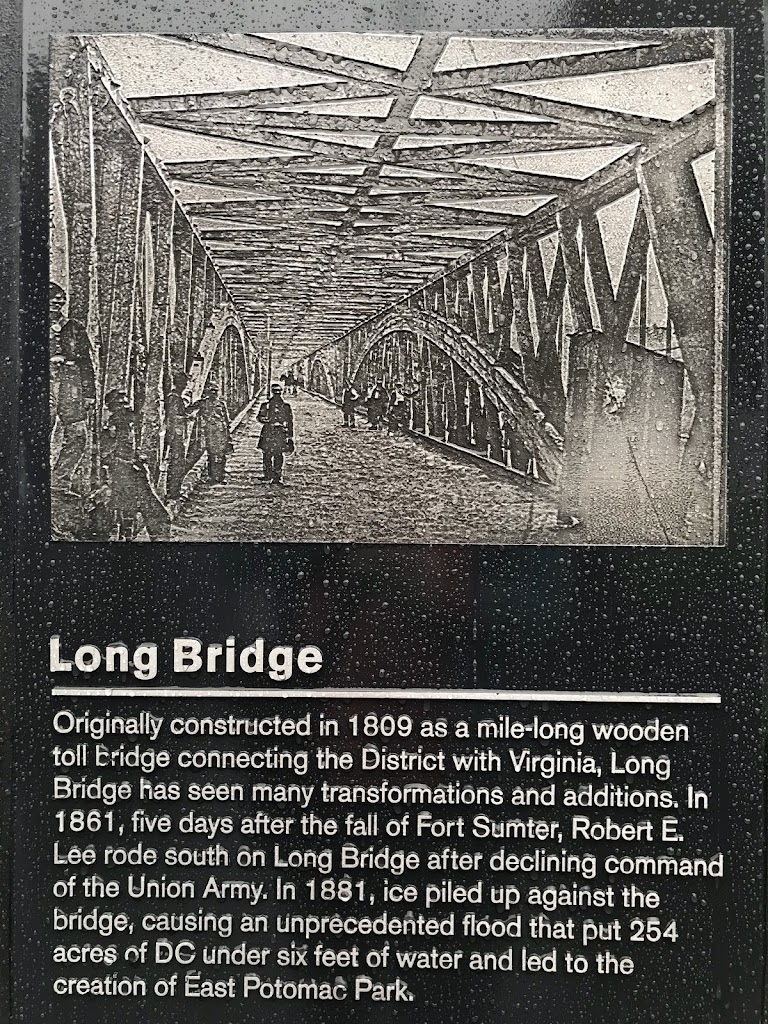 Long Bridge
Originally constructed in 1809 as a mile-long wooden toll bridge connecting the District with Virginia, Long Bridge has seen many transformations and additions. In 1861, five days after the fall of Fort Sumter, Robert E. Lee rode south on the Long Bridge after declining command of the Union Army. In 1881, ice piled up against the bridge, causing an unprecedented flood that put 254 acres of DC under six feet of water and let to the creation of East Potomac Park.