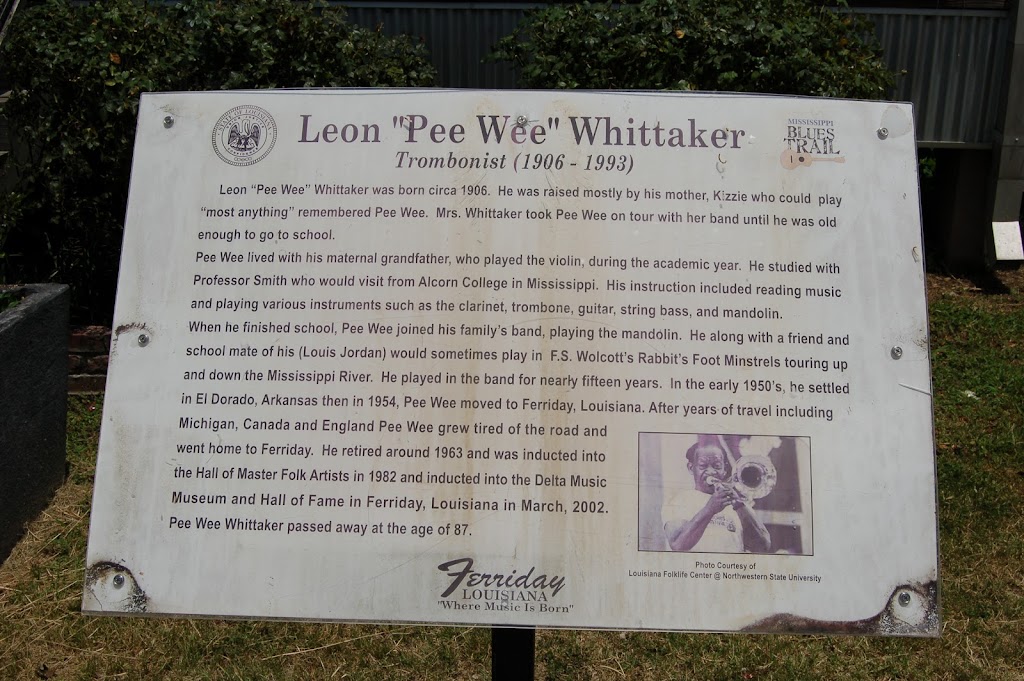 Leon "Pee Wee” Whittaker was born circa 1906. He was raised mostly by his mother, Kizzie who could play "most anything” remembered Pee Wee. Mrs. Whittaker took Pee Wee on tour with her band until he was old enough to go to school. Pee Wee lived with his maternal grandfather, who played the violin, during the academic year. He studied with Professor Smith who would visit from Alcorn College in Mississippi. His instruction included reading music and playing various instruments such as the clarinet, trombone, guitar, string bass and mandolin. When he finished school, Pee Wee joined his family's band, playing the mandolin. He along with a friend and school mate of his (Louis Jordan) would sometimes play in F.S. Wolcott's Rabbit's Foot Minstrels touring up and down the Mississippi River. He played in the band for nearly fifteen years. In the early 1950's, he settled in El Dorado, Arkansas then in 1954, Pee Wee moved to Ferriday, Louisiana. After years of travel including Michigan, Canada and England Pee Wee grew tired of the road and went home to Ferriday. He retired around 1963 and was inducted into the Hall of Master Folk Artists in 1982 and inducted into the Delta Music Museum and Hall of Fame in Ferriday, Louisiana in March, 2002. Pee Wee Whittaker passed away at the age of 87.