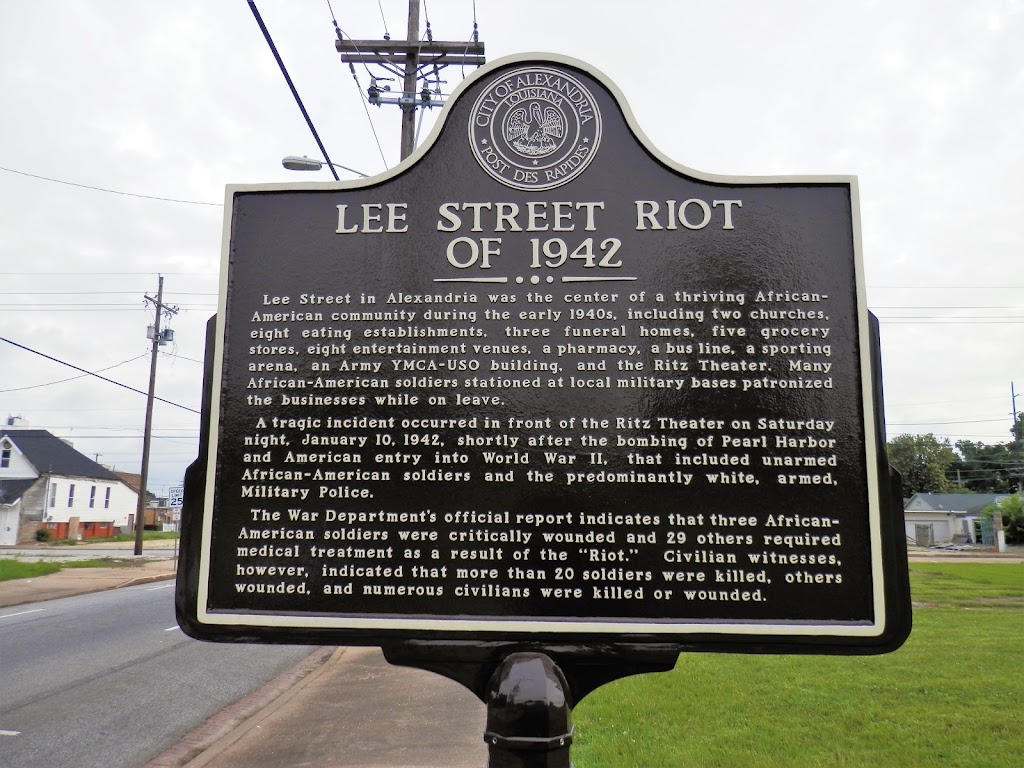 Lee Street in Alexandria was the center of a thriving African-American community during the early 1940s, including two churches, eight eating establishments, three funeral homes, five grocery stores, eight entertainment venues, a pharmacy, a bus line, a sporting arena, an Army YMCA-USO building, and the Ritz Theater. Many African-American soldiers stationed at local military bases patronized the businesses while on leave.

A tragic incident occurred in front of the Ritz Theater on Saturday night, January 10, 1942, shortly after the bombing of Pearl Harbor and American entry into World War II, that included unarmed African-American soldiers and the predominantly white, armed, Military Police.

The War Department's official report indicates that three African-American soldiers were critically wounded and 29 others required medical treatment as a result of the "Riot." Civilian witnesses, however, indicated that more than 20 soldiers were killed, others wounded, and numerous civilians were killed or wounded.