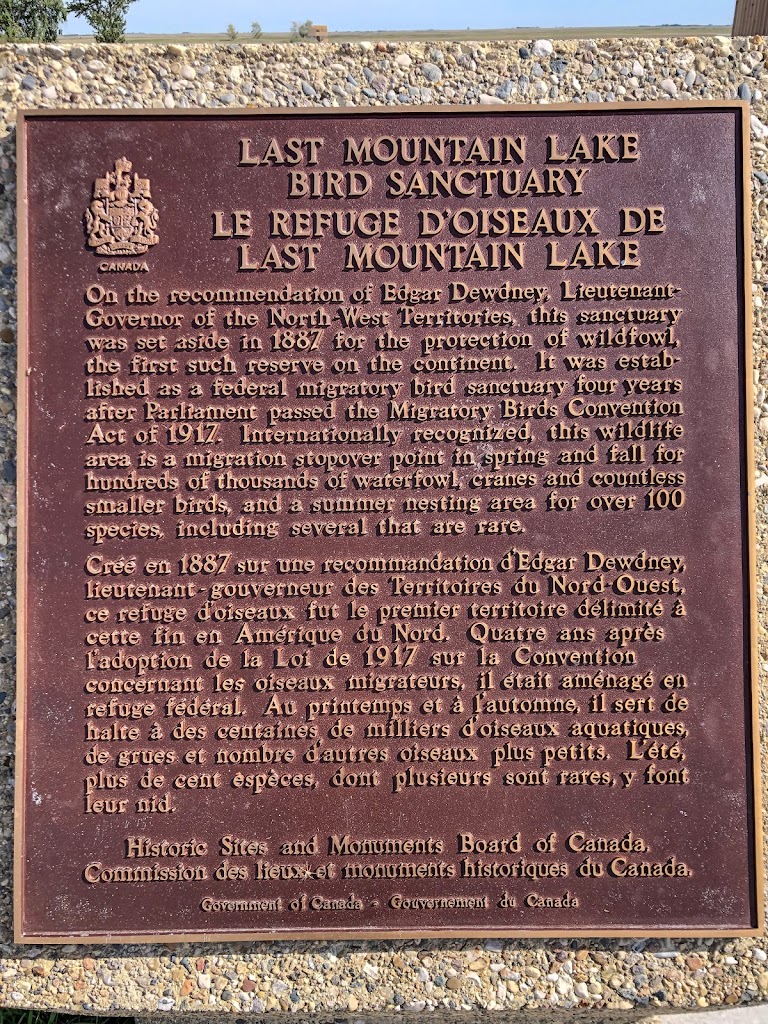 On the recommendation of Edgar Dewdney, Lieutenant-Governor of the North-West Territories, this sanctuary was set aside in 1887 for the protection of wildfowl, the first such reserve on the continent. It was established as a federal migratory bird sanctuary four years after Parliament passed the Migratory Birds Convention Act of 1917. Internationally recognized, this wildlife area is a migration stopover point in spring and fall for hundreds of thousands of waterfowl, cranes and countless smaller birds, and a summer nesting area for over 100 species, including several that are rare.

Historic Sites and Monuments Board of Canada.