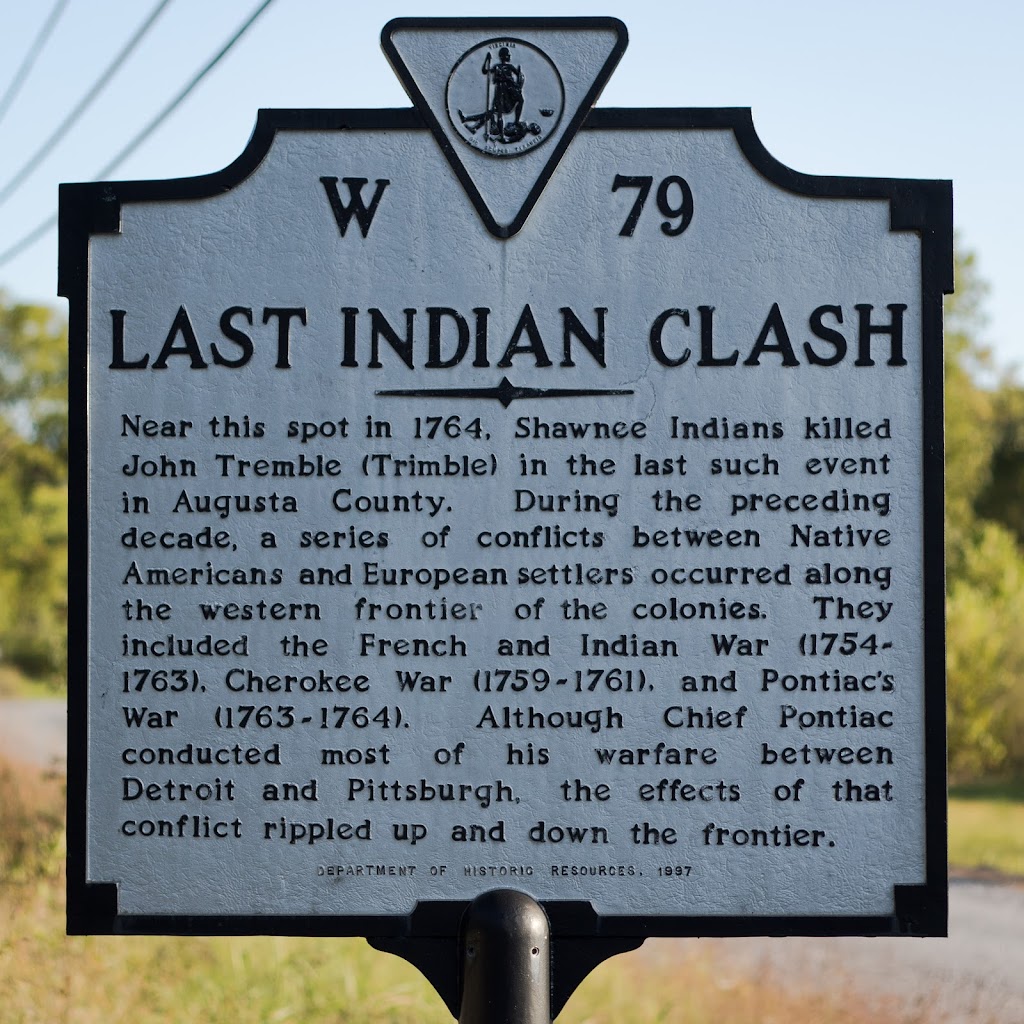 After decades of driving past this plaque, I finally stopped to read the "Last Indian Clash"

Near this spot in 1764, Shawnee Indians killed
John Tremble (Trimble) in the last such event
in Augusta County. During the preceding
decade, a series of conflicts between Native
Americans and European settlers occurred along
the western frontier of the colonies. They
included the French and Indian war (1754-
1763), Cherokee War (1763-1764), and Pontiac's
War (1763-1764). Although Chief Pontiac
conducted most of his warfare between
Detroit and Pittsburgh, the effects of that
conflict rippled up and down the frontier.