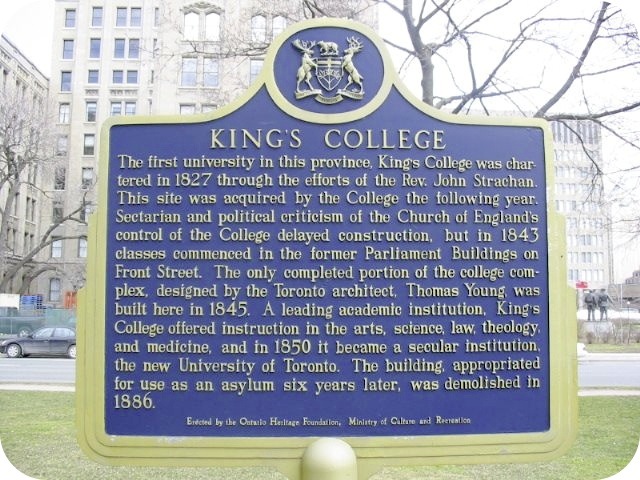 The first university in the province, King's College was chartered in 1827 through the efforts of the Reverend John Strachan. This site was acquired by the College the following year. Sectarian and political criticism of the Church of England's control of the College delayed construction, but in 1843 classes commenced in the former Parliament Buildings on Front Street. The only completed portion of the college complex, designed by the Toronto architect, Thomas Young, was built here in 1845. A leading academic institution, King's College offered instruction in the arts, science, law, theology, and medicine and in 1850 it became a secular institution, the new University of Toronto. The building, appropriated for use as an asylum, six years later, was demolished in 1886.