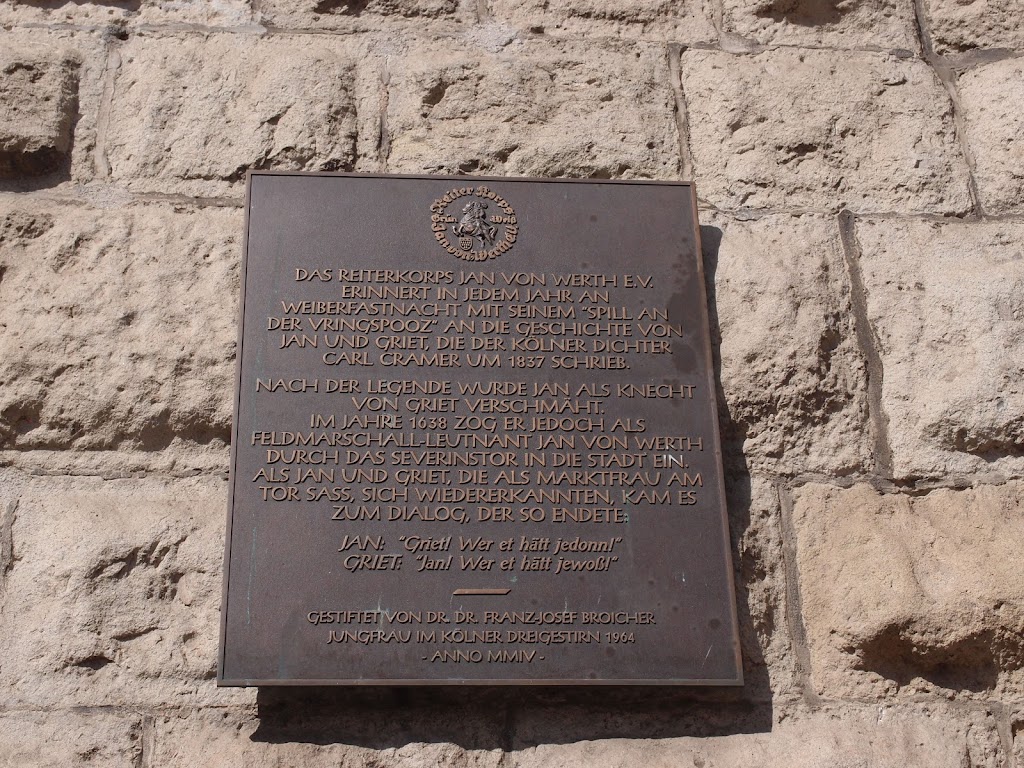 According to the legend, private Jan was spurned by Griet. But in the year 1638 he entered the city via the Severinstor [this gate] as field marshall-lieutenant Jan von Werth. When Jan and Griet, who sat at the gate as market-woman, recognized each other, their exchange of words ended thus: