History of Union Pacific and Omaha 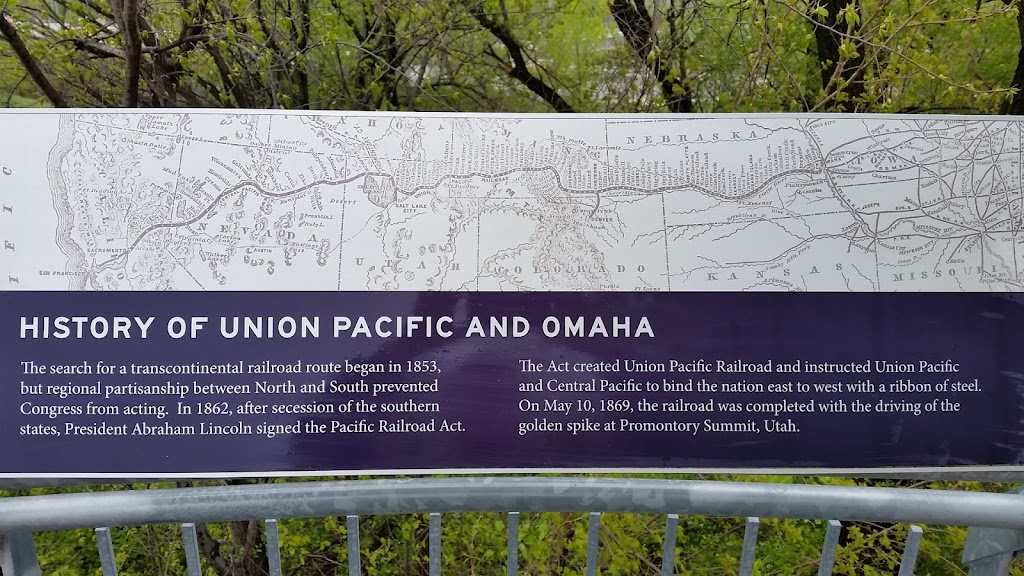 HISTORY OF UNION PACIFIC AND OMAHA

The search for a transcontinental railroad route began in 1853, but regional partisanship between North and South prevented Congress from acting. In 1862, after secession of the southern states, President Abraham Lincoln signed the Pacific Railroad Act. The Act created Union Pacific Railroad and instructed Union Pacific and Central Pacific to bind the nation east to west with a ribbon of steel. On May 10, 1869, the railroad was completed with the driving of the golden spike at Promontory Summit, Utah.