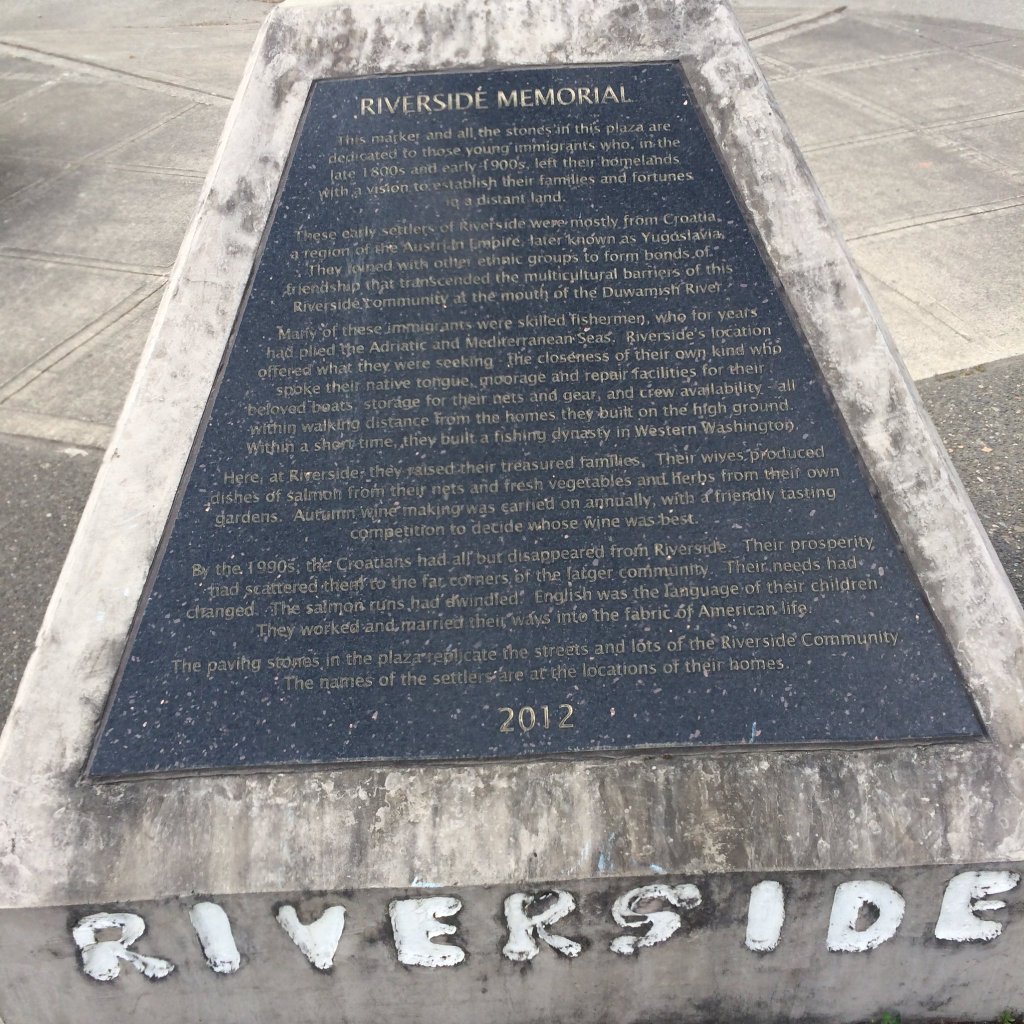 This marker and all the stones in this plaza are dedicated to those young immigrants who, in the late 1800s and early1900s, left their homelands with a vision to establish their families and fortunes in a distant land.

These early settlers of Riverside were mostly from Croatia, a region of the Austrian Empire, later known as Yugoslavia. They joined with other ethnic groups to form bonds of friendship that transcended the multicultural barriers of this Riverside community at the mouth of the Duwamish River.

Many of these immigrants were skilled fishermen, who for years had plied the Adriatic and Mediterranean Seas. Riverside’s location offered what they were seeking – the closeness of their own kind who spoke their native tongue, moorage and repair facilities for their beloved boats, storage for their nets and gear, and crew availability – all within walking distance from the homes they built on the high ground. Within a short time, they built a fishing dynasty in Western Washington.

Here, at Riverside, they raised their treasured families. Their wives produced dishes of salmon from their nets and fresh vegetables and herbs from their own gardens. Autumn wine making was carried on annually, with a friendly tasting competition to decide whose wine was best.

By the 1990s, the Croatians had all but disappeared from Riverside. Their prosperity had scattered them to the far corners of the larger community. Their needs had changed. The salmon runs had dwindled. English was the language of their children. They worked and married their ways into the fabric of American life.

The paving stones in the plaza replicate the streets and lots of the Riverside community. The names of the settlers are at the locations of their homes.