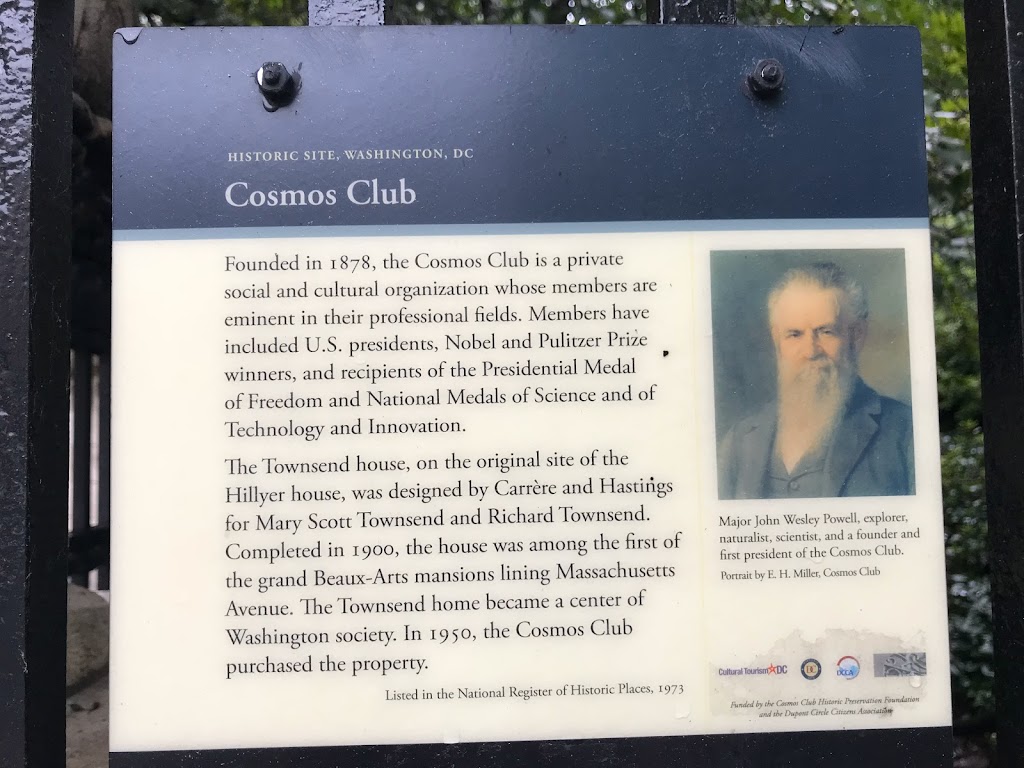 Historic Site, Washington, DC
Cosmos Club
Founded in 1878, the Cosmos Club is a private social and cultural organization whose members are eminent in their professional fields. Members have included U.S. presidents, Nobel and Pulitzer Prize winners, and recipients of the Presidential Medal of Freedom and National Medals of Science and of Technology and Innovation.
The Townsend house, on the original site of the Hillyer house, was designed by Carrere and Hastings for Mary Scott Townsend and Richard Townsend. Completed in 1900, the house was among the first of the grand Beaux-Arts mansions lining Massachusetts Avenue. The Townsend home became a center of Washington Society. In 1950, the Cosmos Club purchased the property.
Listed in the National Register of Historic Places, 1973