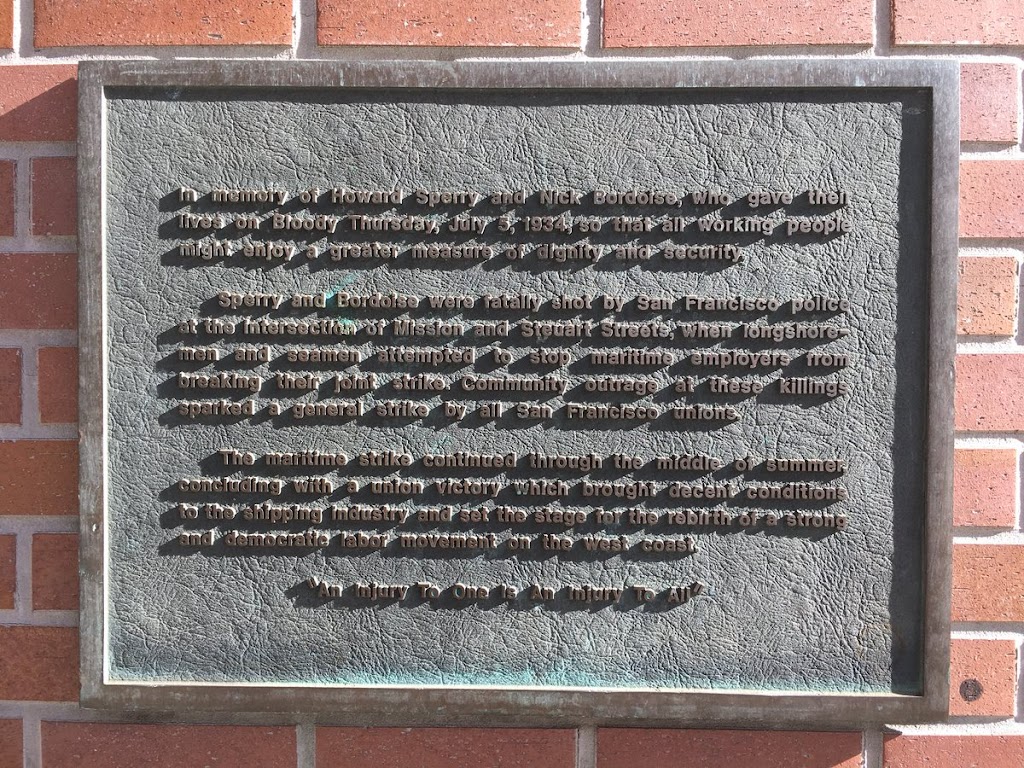 In memory of Howard Sperry and Nick Bordoise, who gave their
lives on Bloody Thursday, July 5, 1934, so that all working people
might enjoy a greater measure of dignity and security.

Sperry and Bordoise were fatally shot by San Francisco police
at the intersection of Mission and Steuart Streets, when longshore-
men and seamen attempted to stop maritime employers from
breaking their joint strike. Community outrage at these killings
sparked a general strike by all San Francisco unions.

The maritime strike continued through the middle of summer,
concluding with a union victory which brought decent conditions
to the shipping industry and set the stage for the rebirth of a strong
and democratic labor movement on the west coast.