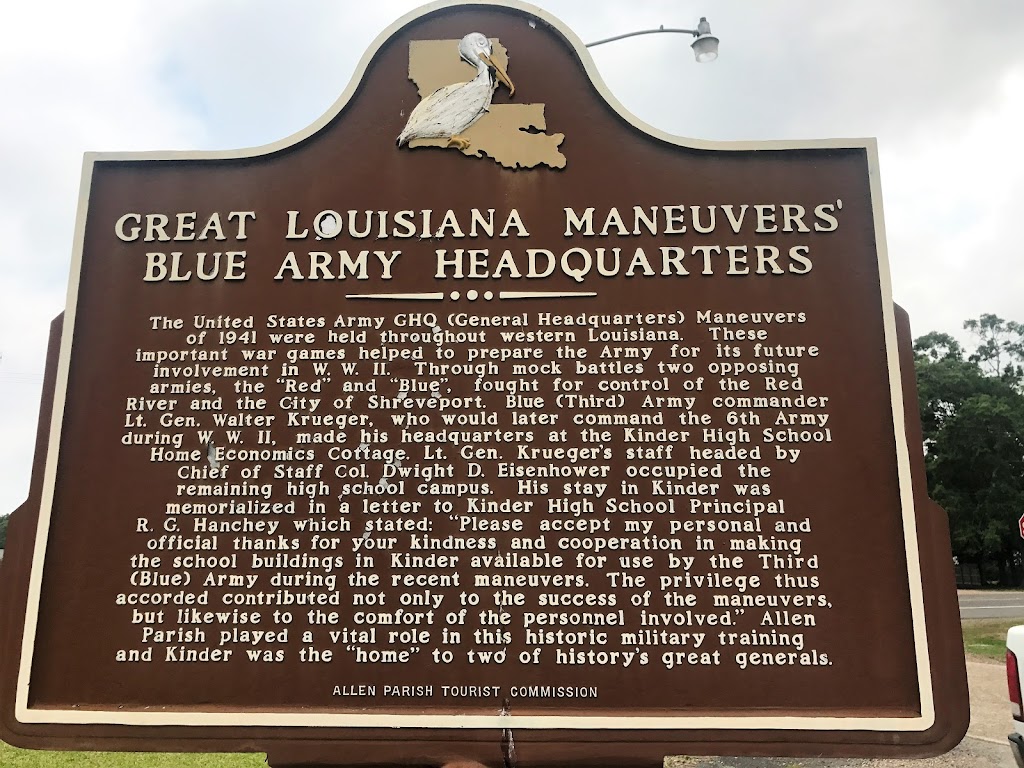 The United States Army GHQ (General Headquarters) Maneuvers of 1941 were held throughout western Louisiana. These important war games helped to prepare the Army for its future involvement in W. W. II. Through mock battles two opposing armies, the "Red" and "Blue", fought for control of the Red River and the City of Shreveport. Blue (Third) Army commander Lt. Gen. Walter Kreuger, who would later command the 6th Army during W. W. II, made his headquarters at the Kinder High School Home Economics Cottage. Lt. Gen. Kreuger's staff headed by Chief of Staff Col. Dwight D. Eisenhower occupied the remaining high school campus. His stay in Kinder was memorialized in a letter to Kinder High School Principal R. G. Hanchey which stated: "Please accept my personal and official thanks for your kindness and cooperation in making the school buildings in Kinder available for use by the Third (Blue) Army during the recent maneuvers. The privilege thus accorded contributed not only to the success of the maneuvers, but likewise the comfort of the personnel involved." Allen Parish played a vital role in this historical military training and Kinder was the "home" to two of history's great generals.