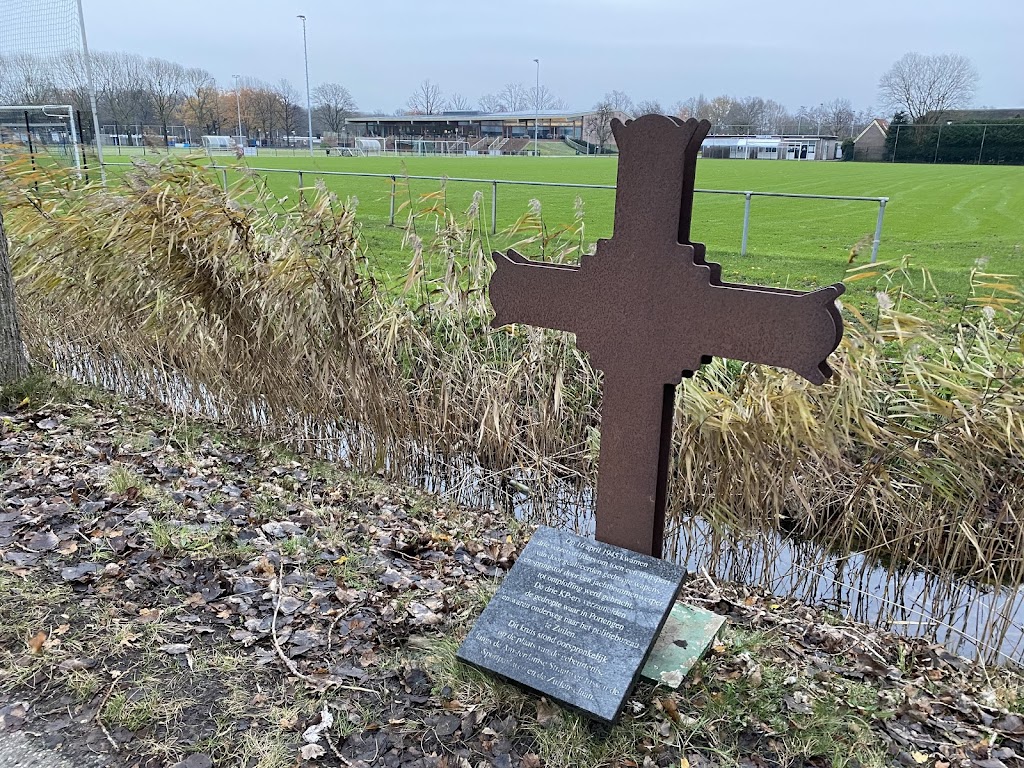 This plaque tells the story of 3 resistance men that were killed on April 16 1945, while transporting weapons and ammunition. The supplies were dropped by the allies, and after collecting it in the village of Portengen, it was to be moved to the police station of Zuilen (in 1945 a separate village near Utrecht) During transport a hunting airplane dropped a bomb on the group. The cross has been moved in 1957, was put replaced to the original location in 2010, was vandalised and repaired, and finally stolen in 2014. In 2015 a new remembrance cross was placed by the city of Utrecht. Sudmitted by Danny Kalkhoven.