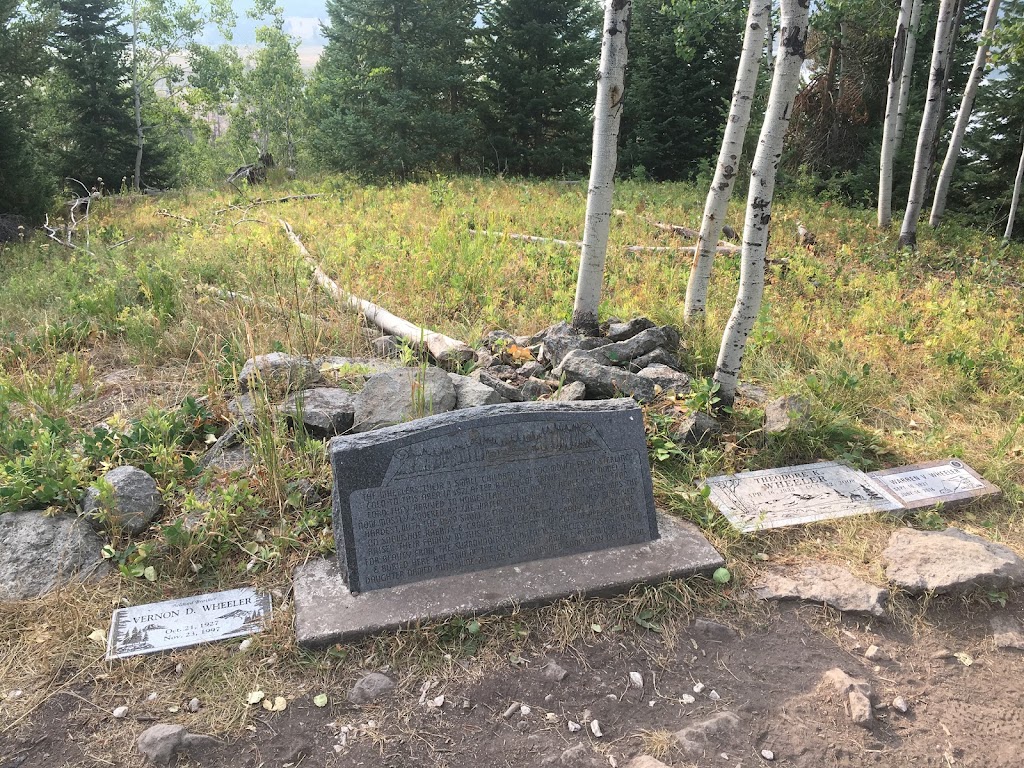 The Wheelers, their 3 small children & a dog moved from Sterling
Colo. to this area in 1921. After a week of travel in their Model T
Ford they arrived to homestead & live on 243 acres of this land,
now mostly covered by the water of the lake. The first year was the
hardest, with the deep snow & the struggle for food they survived
on snowshoe rabbits & grouse with biscuits & gravy. The Wheelers
raised their family in this area & gained a wealth of appreciation
for beauty from the surrounding mountains & valleys. Lost at birth
& buried here are two of the children of James & Rose Wheeler. A
daughter named Ruth June 20 1928 & a son named Sonny Boy Oct. 6, 1930.