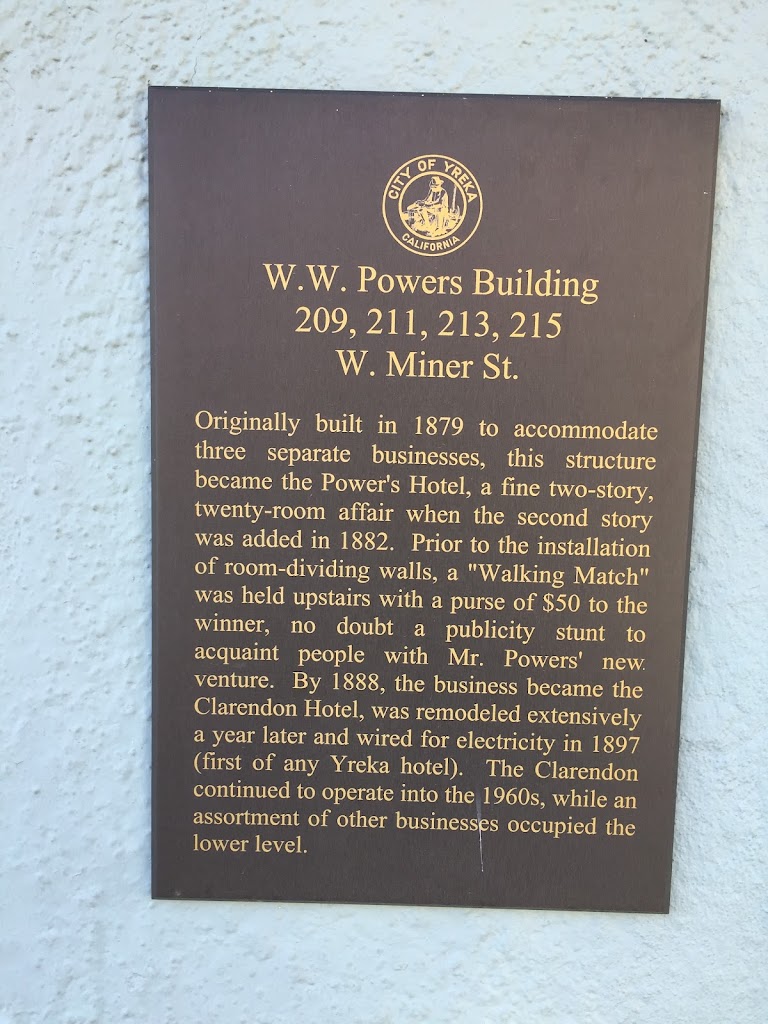 W.W. Powers Building
209, 211, 213, 215
W. Miner St.
Originally built in 1879 to accommodate
three separate businesses, this structure
became the Power's Hotel, a fine two-story,
twenty-room affair when the second story
was added in 1882. Prior to the installation
of room-dividing walls, a "Walking Match"
was held upstairs with a purse of $50 to the
winner, no doubt a publicity stunt to
acquaint people with Mr. Powers' new
venture. By 1888, the business became the
Clarendon Hotel, was remodeled extensively
a year later and wired for electricity in 1897
(first of any Yreka hotel). The Clarendon
continued to operate into the 1960s, while an
assortment of other businesses occupied the
lower level.