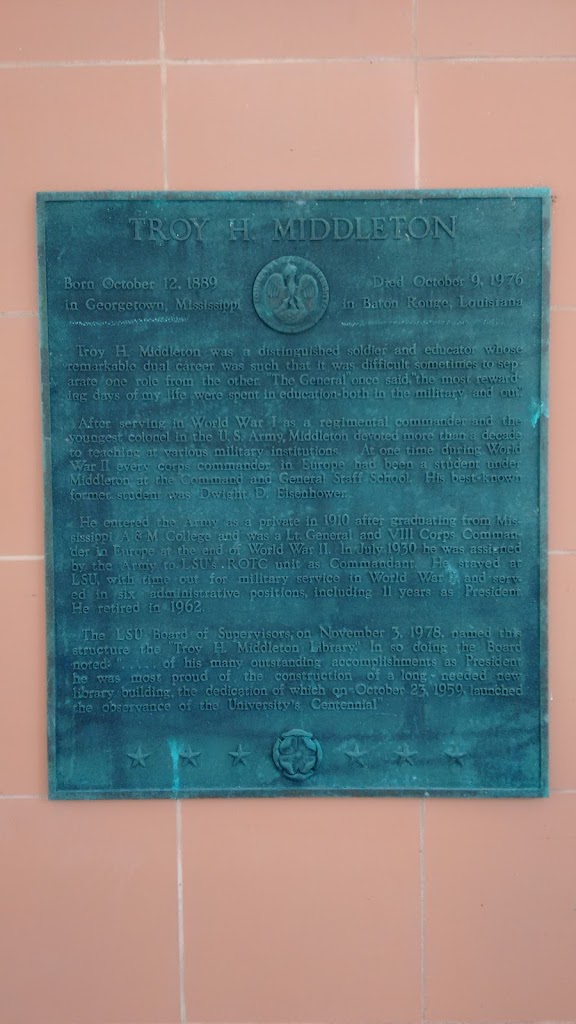 Troy H. Middleton was a distinguished soldier and educator whose

one role from the other. "The General" once said, "the most rewarding

days of my life were spent in education - both in the military and out."

youngest colonel in the U.S. Army, Middleton devoted more than a decade

to teaching at various military institutions. At one time during World

Middleton at the Command and General Staff School. His best-known

Mississippi A&M College and was a Lt. General and VIII Corps Commander

in Europe at the end of World War II. In July 1930 he was assigned

by the Army to LSU's ROTC unit as Commandant. He stayed at

LSU, with time out for military service in World War II, and

served in six administrative positions, including 11 years as President.

The LSU Board of Supervisors, on November 3, 1978, named this

structure the "Troy H. Middleton Library." In so doing the Board

noted: "..... of his many outstanding accomplishments as President

library building, the dedication of which on October 23, 1959, launched

the observance of the University's Centennial."