Tigers in the Wild Conservation 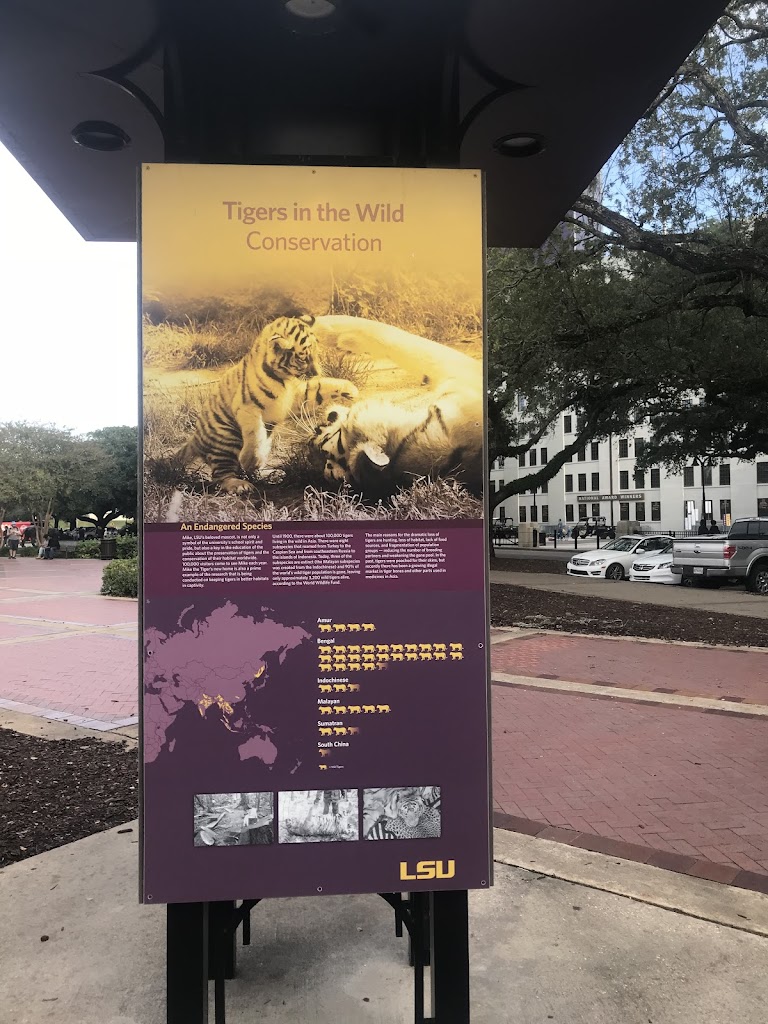 An Endangered SpeciesMike, LSU's beloved mascot, is not only a symbol of the university's school spirit and pride, but also a key in the education of the public about the preservation of tigers and the conservation of their habitat worldwide. 100,000 visitors come to see Mike each year. Mike the Tiger's new home is also a prime example of the research that is being conducted on keeping tigers in better habitats in captivity.Until 1900, there were about 100,000 tigers living in the wild in Asia. There were eight subspecies that roamed from Turkey to the Caspian Sea and from southeastern Russia to the islands of Indonesia. Today, three of the subspecies are extinct (the Malayan subspecies was created from the Indochinese) and 90% of the world's wild tiger population is gone, leaving only approximately 3,200 wild tigers alive, according to the World Wildlife Fund.The main reasons for the dramatic loss of tigers are hunting, loss of habitat, lack of food sources, and fragmentation of population groups reducing the number of breeding partners and weakening the gene pool. In the past, tigers were poached for their skins, but recently there has been a growing illegal market in tiger bones and other parts used in medicines in Asia.