The Casualties at Ditch Bayou 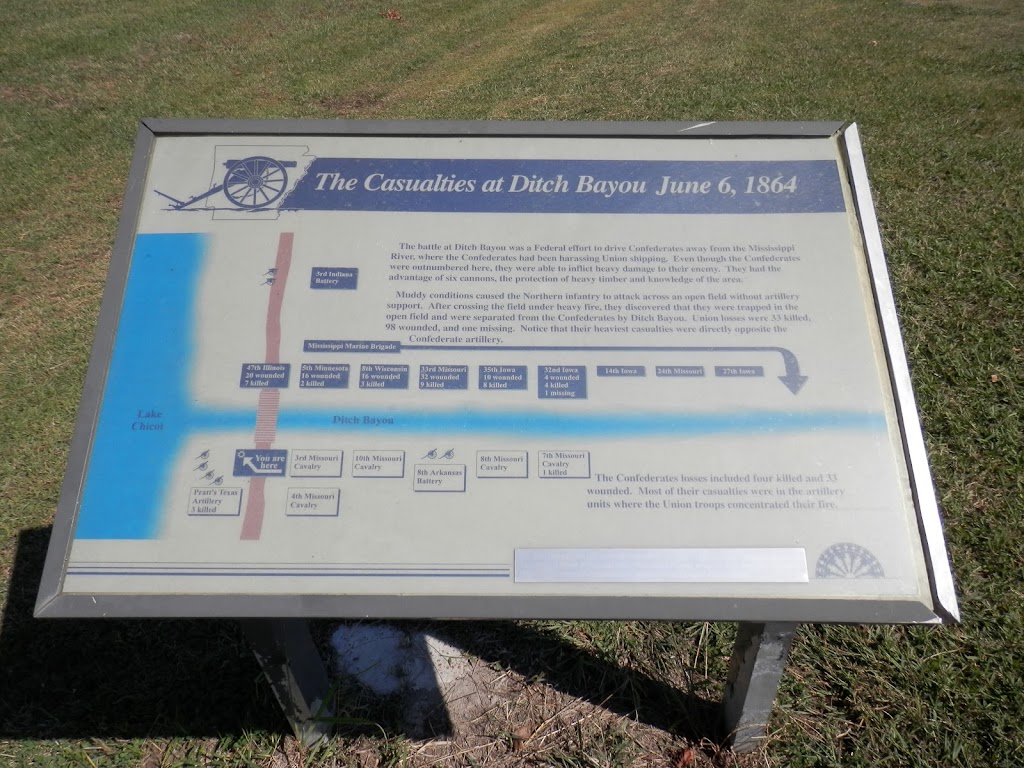 The battle at Ditch Bayou was a Federal effort to drive Confederates away from the Mississippi River, where the Confederates had been harassing Union shipping. Even though the Confederates were outnumbered here, they were able to inflict heavy damage to their enemy. They had the advantage of six cannons, the protection of heavy timber and knowledge of the area.Muddy conditions caused the Northern infantry to attack across an open field without artillery support. After crossing the field under heavy fire, they discovered that they were trapped in the open field and were separated from the Confederates by Ditch Bayou. Union losses were 33 killed, 98 wounded, and one missing. Notice that their heaviest casualties were directly opposite the Confederate artillery.The Confederate losses included four killed and 33 wounded. Most of their casualties were in the artillery units where the Union troops concentrated their fire.