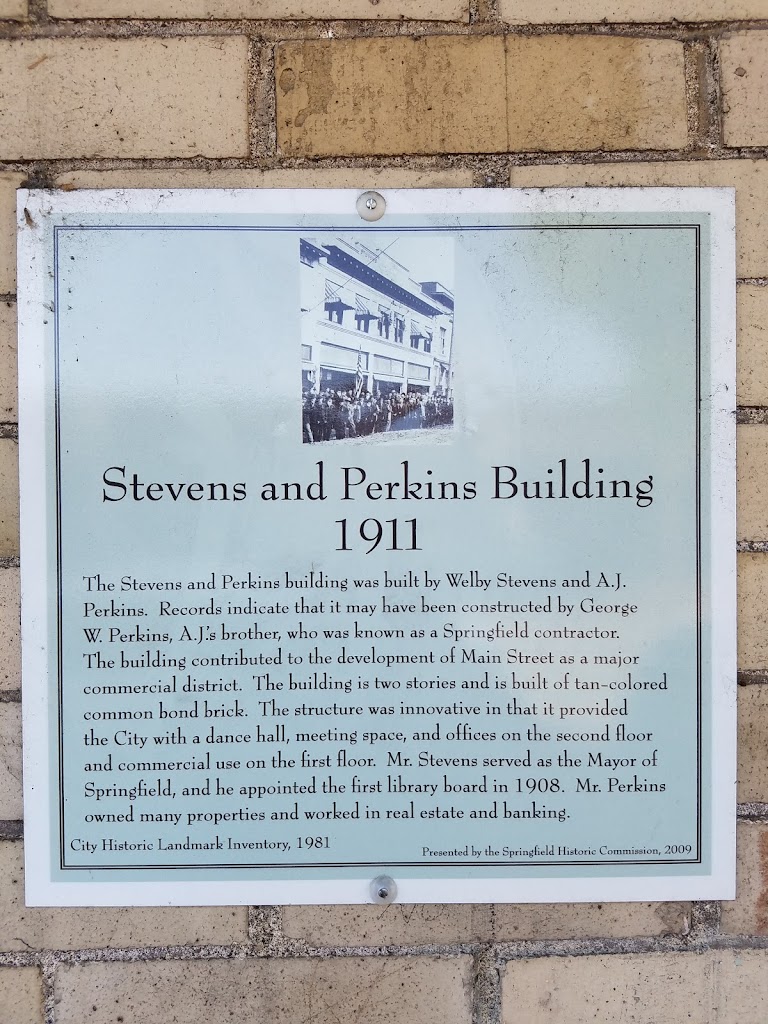 The Stevens and Perkins building was built by Welby Stevens and A.J. Perkins. Records indicate that it may have been constructed by George W. Perkins, A.J.'s brother, who was known as a Springfield contractor. The building contributed to the development of Main Street as a major commercial district. The building is two stories and is built of tan-colored common bond brick. The structure was innovative in that it provided the City with a dance hall, meeting space, and offices on the second floor and commercial use on the first floor. Mr. Stevens served as the Mayor of Springfield, and he appointed the first library board in 1908. Mr. Perkins owned many properties and worked in real estate and banking.