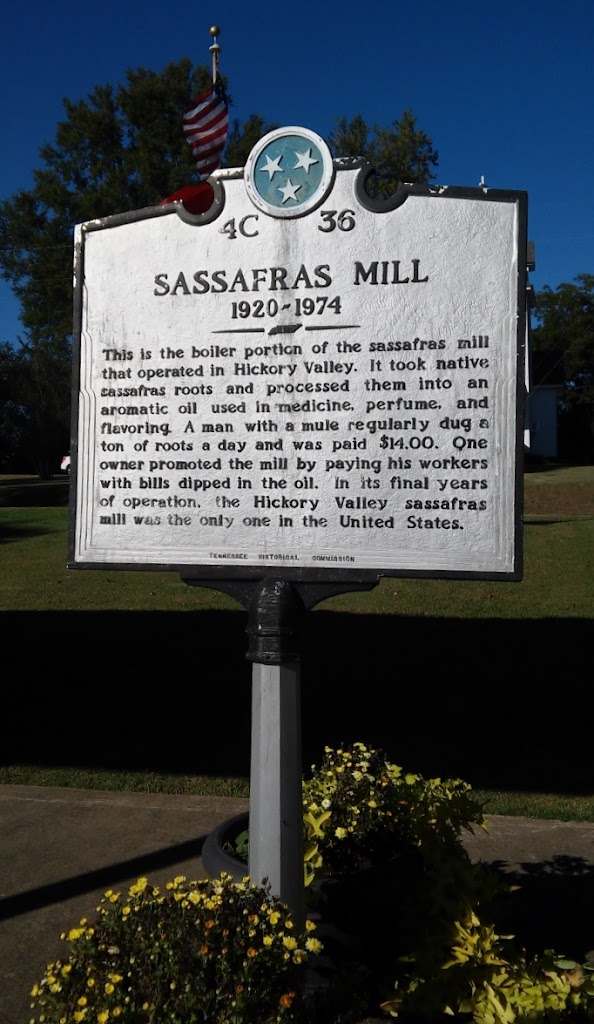 This plaque stands in front of a boiler formerly used in the production of sassafras oil. The plaque reads:

SASSAFRAS MILL
1920-1974
This is the boiler portion of the sassafras mill
that operated in Hickory Valley. It took native
sassafras roots and processed them into an
aromatic oil used in medicine, perfume, and
flavoring. A man with a mule regularly dug a
ton of roots a day and was paid $14.00. One
owner promoted the mill by paying his workers
with bills dipped in the oil. In its final years
of operation, the Hickory Valley sassafras
mill was the only one in the United States.