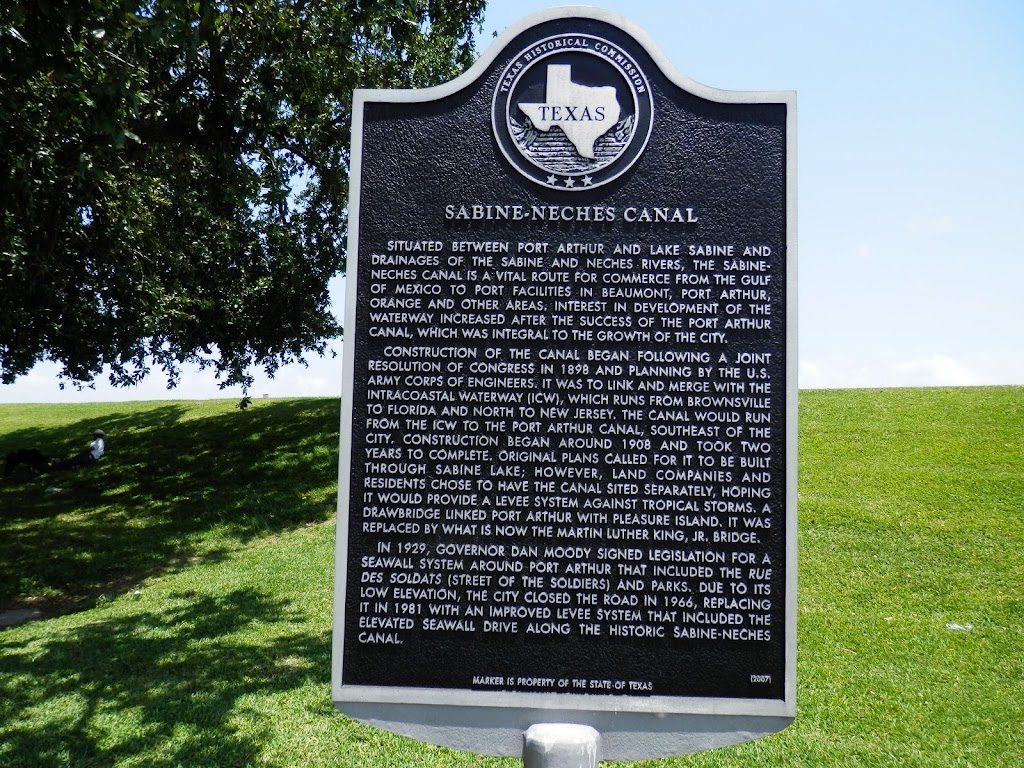 Situated between Port Arthur and Lake Sabine and drainages of the Sabine and Neches Rivers, the Sabine-Neches Canal is a vital route for commerce from the Gulf of Mexico to port facilities in Beaumont, Port Arthur, Orange and other areas. Interest in development of the waterway increased after the success of the Port Arthur Canal, which was integral to the growth of the city.

Construction of the canal began following a joint resolution of Congress in 1898 and planning by the U.S. Army Corps of Engineers. It was to link and merge with the Intracoastal Waterway (ICW), which runs from Brownsville to Florida and north to New Jersey. The canal would run from the ICW to the Port Arthur Canal, southeast of the city. Construction began around 1908 and took two years to complete. Original plans called for it to be built through Sabine Lake; however, land companies and residents chose to have the canal sited separately, hoping it would provide a levee system against tropical storms. A drawbridge linked port Arthur with Pleasure Island. It was replaced by what is now the Martin Luther King, Jr. Bridge.

In 1929, Governor Dan Moody signed legislation for a seawall system around Port Arthur that included the Rue Des Soldats (Street of the Soldiers) and parks. Due to its low elevation, the city closed the road in 1966, replacing it in 1981 with an improved levee system that included the elevated seawall drive along the historic Sabine-Neches Canal.

Marker is property of the state of Texas