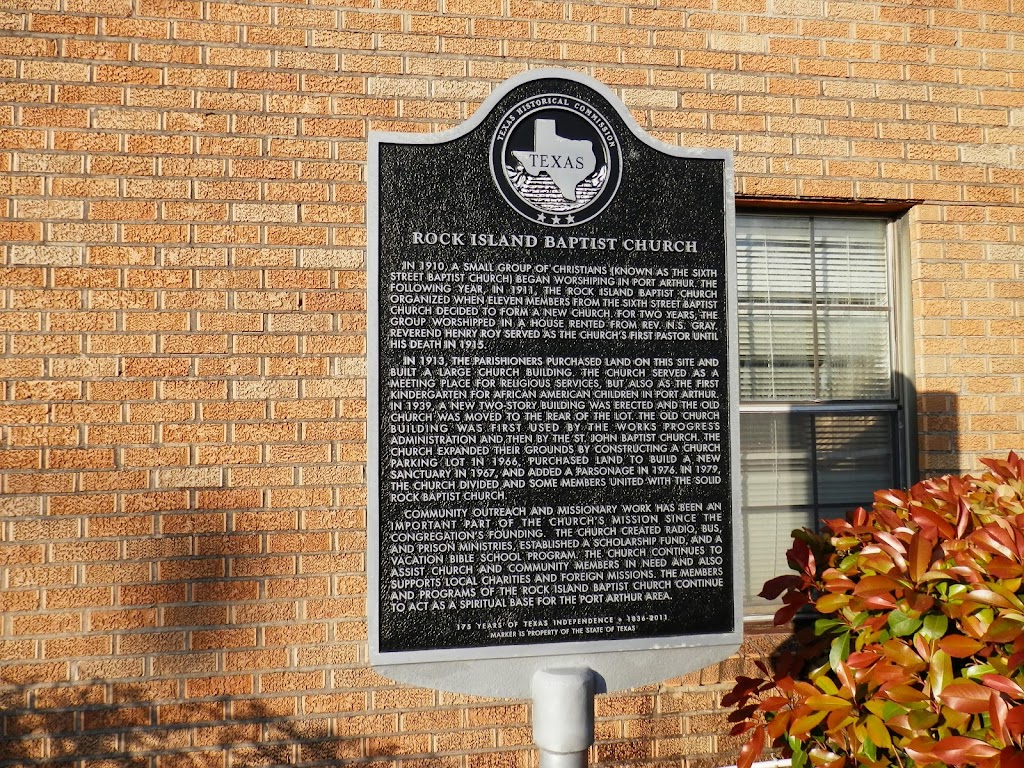 In 1913, the parishioners purchased land on this site and built a large church building. The church served as a meeting place for religious services, but also as the first kindergarten for African American children in Port Arthur. In 1939, a new two-story building was erected and the old church was moved to the rear of the lot. The old church building was first used by the Works Progress Administration and then by the St. John Baptist Church. The church expanded their grounds by constructing a church parking lot in 1966, purchased land to build a new sanctuary in 1967, and added a parsonage in 1976. In 1979, the church divided and some members united with the Solid Rock Baptist Church.

Community outreach and missionary work has been an important part of the church’s mission since the congregation’s founding. The church created radio, bus, and prison ministries, established a scholarship fund, and a vacation bible school program. The church continues to assist church and community members in need and also supports local charities and foreign missions. The members and programs of the Rock Island Baptist Church continue to act as a spiritual base for the Port Arthur area.

Marker is property of the State of Texas