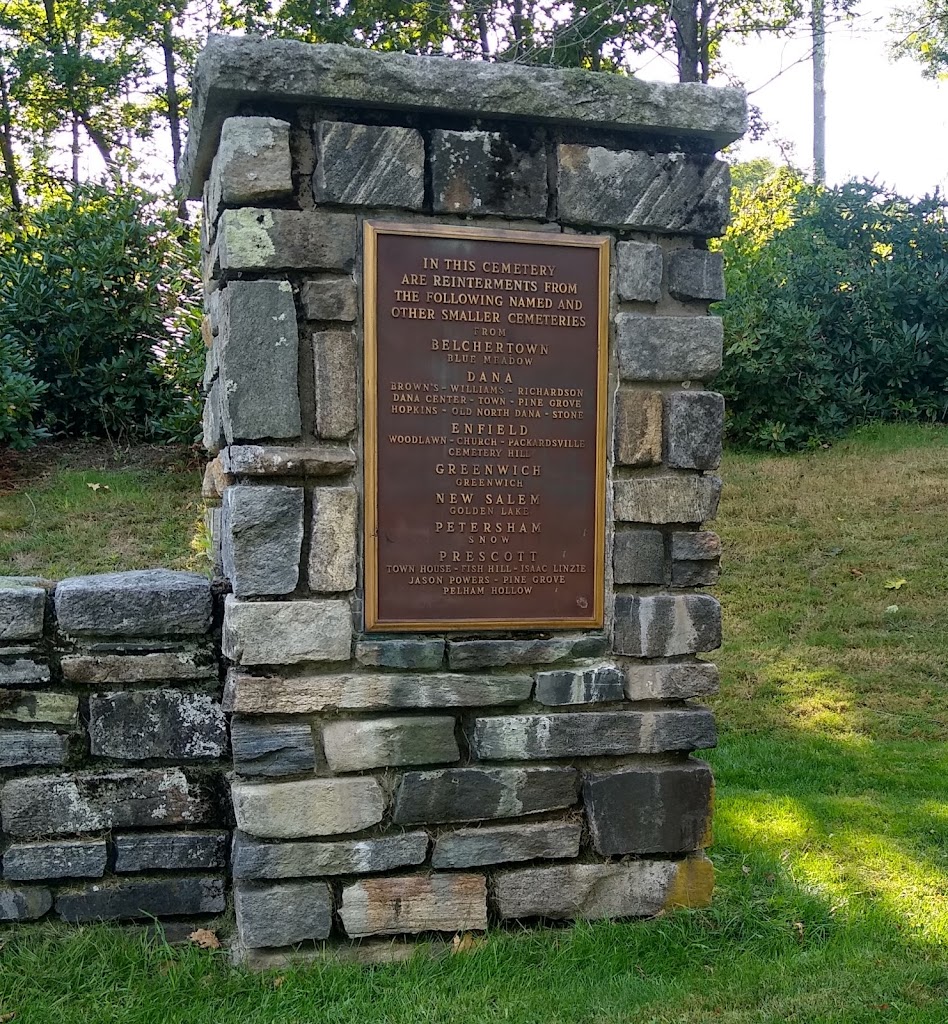 Quabbin Park Cemetery was developed in 1931-32 to house 7,613 graves from the disincorporated towns of Greenwich, Dana, Prescott and Enfield, after a land taking (81,000 acres in total including all residences and structures of the 4 towns) to create an enormous reservoir for Boston, the Quabbin Reservoir. The graves were moved from 34 cemeteries in the four towns. The cemetery consists of 82 acres of former farmland, located just off route 9, south of the reservoir.