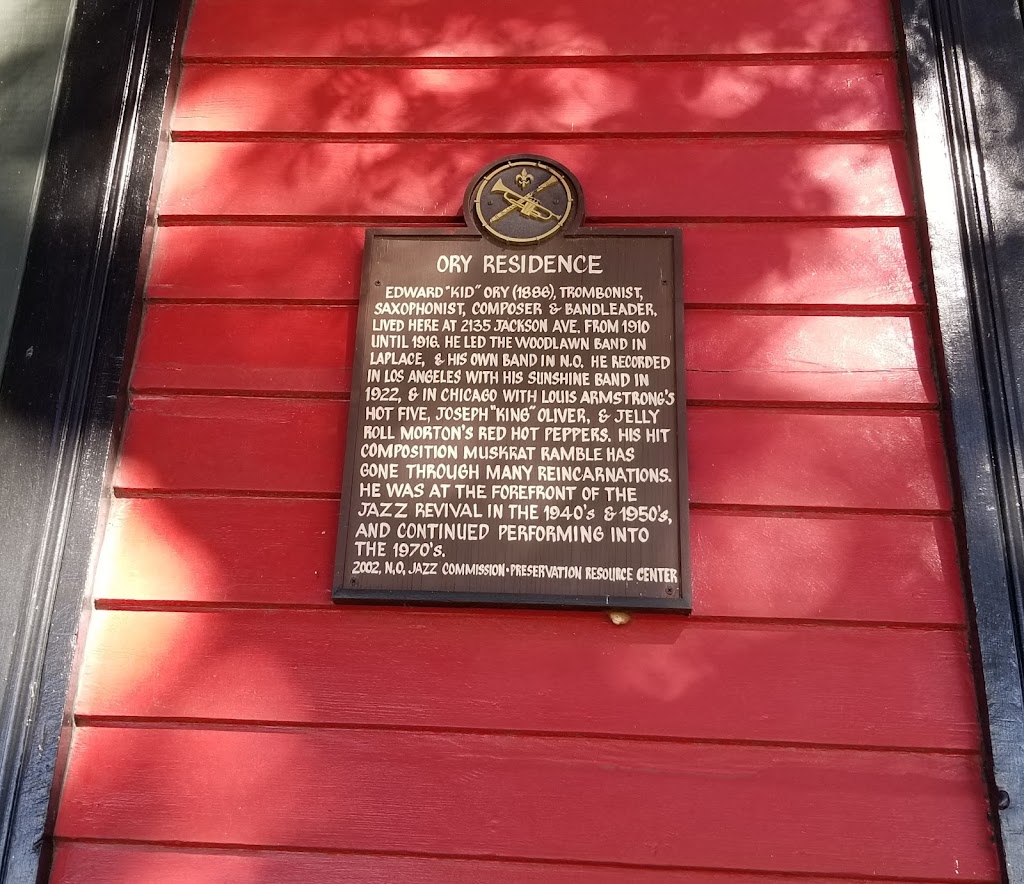 Edward "Kid" Ory (1886), trombonist, saxophonist, composer & bandleader, lived here at 2135 Jackson Ave. from 1910 until 1916. He led the Woodlawn Band in Laplace, & his own band in N.O. He recorded in Los Angeles with his Sunshine Band in 1922, & in Chicago with Louis Armstrong's Hot Five, Joseph "King” Oliver, & Jelly Roll Morton's Red Hot Peppers. His hit composition Muskrat Ramble has gone through many reincarnations. He was at the forefront of the jazz revival in the 1940's & 1950's, and continued performing into the 1970's.