In 1637 Near This Spot, Roger Williams Set Up a Trading Post 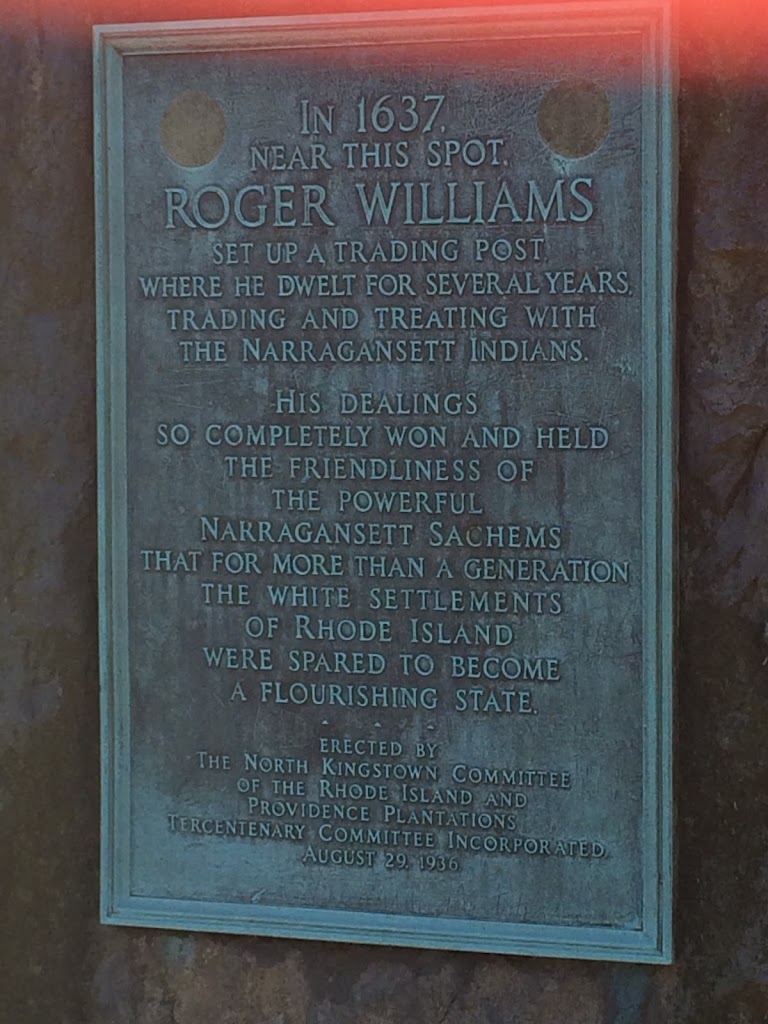 In 1637 near this spot, Roger Williams set up a trading post where he dwelt for several years trading and treating with the Narraganset Indians. His dealings so completely won and held friendliness of the powerful Narragansett sachems that for more than a generation the white settlements of Rhode Island were spared to become a flourishing state."

the plaque is located across the street from Smith's Castle in north Kingstown Rhode Island, at Richard Smith Grove. Smith's Castle was a stronghold for the British during King Philip's War.