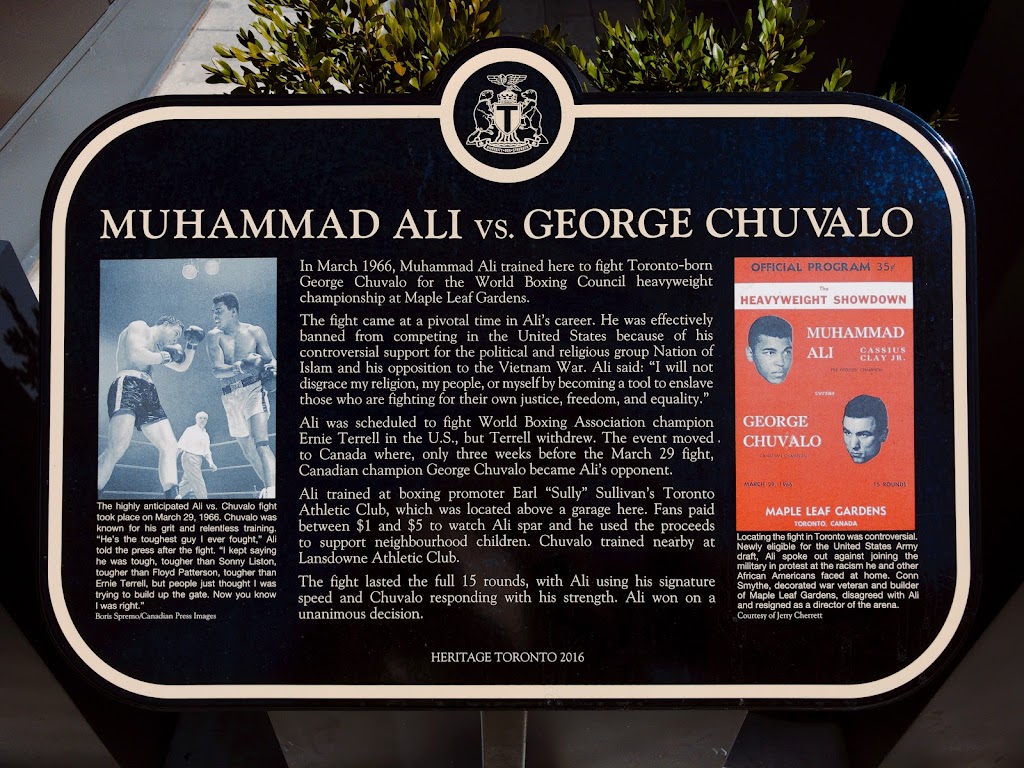 The fight came at the pivotal time in Ali's career. He was effectively banned from competing in the United States because of controversial support for the political and religious group Nation of Island and his opposition to the Vietnam War. Ali said: "I will not disgrace my religion, my people, or myself by becoming a tool to enslave those who are fighting for their own justice, freedom, and equality."

Ali trained at boxing promoter Earl "Sully" Sullivan's Toronto Athletic Club, which was located above a garage here. Fans paid between $1 and $5 to watch Ali spar and he used the proceeds to support neighbourhood children. Chuvalo trained nearby at Lansdowne Athletic Club.

The fight lasted the full 15 rounds , with Ai using his signature speed and Chuvalo responding with his strength. Ali won on a unanimous decision.