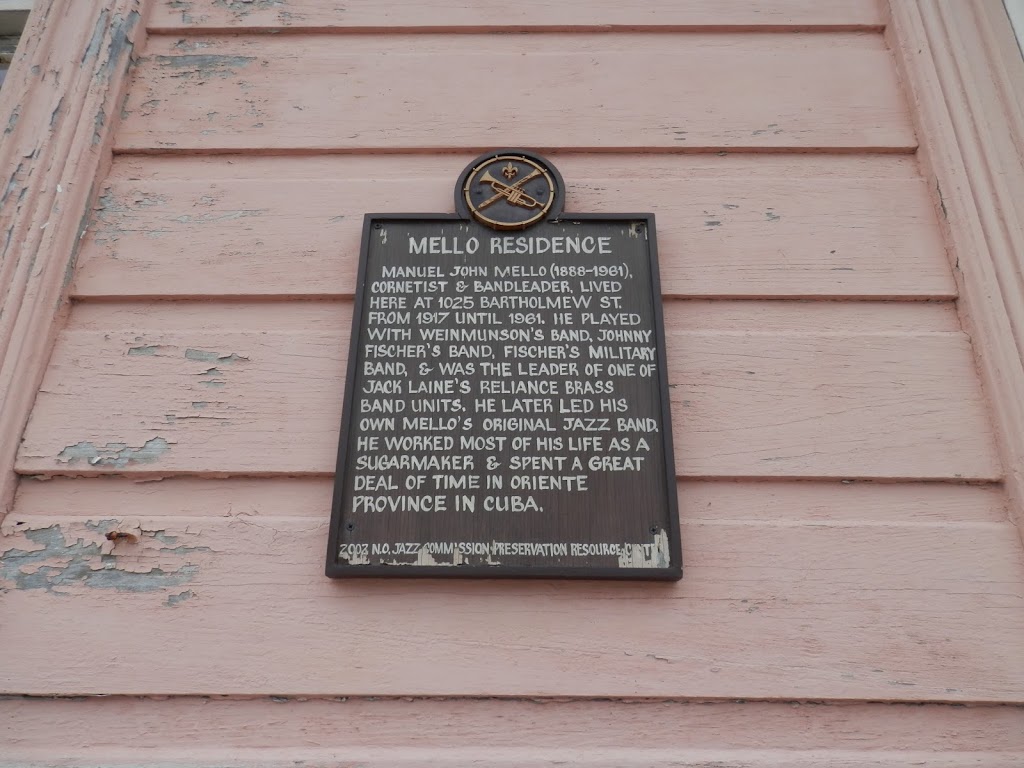 Manuel John Mello (1887-1961), cornetist and bandleader, lived here at 1025 Bartholomew Street from 1917 until 1961. He played with Weinmunson’s Band, Johnny Fischer’s Band, Fischer’s Military Band, & was the leader of one of Jack Laine’s Reliance Brass Band units. He later led his own Mello’s Original Jazz Band. He worked most of his life as a sugarmaker & spent a great deal of time in Oriente Province in Cuba.