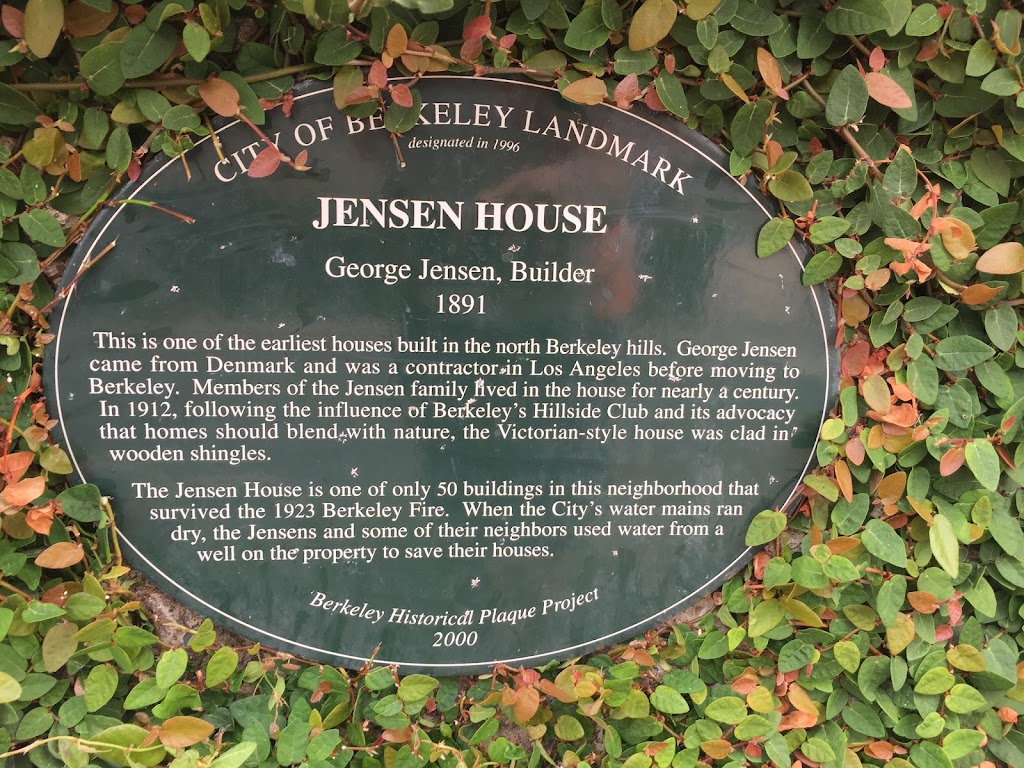 KELEY LANDMARK
designated in 1996
CITY OF BERKELEY
JENSEN HOUSE
George Jensen, Builder
1891
This is one of the earliest houses built in the north Berkeley hills. George Jensen
came from Denmark and was a contractor in Los Angeles before moving to
Berkeley. Members of the Jensen family lived in the house for nearly a century.
In 1912, following the influence of Berkeley's Hillside Club and its advocacy
that homes should blend,with nature, the Victorian-style house was clad in
wooden shingles.

The Jensen House is one of only 50 buildings in this neighborhood that
survived the 1923 Berkeley Fire. When the City's water mains ran
dry, the Jensens and some of their neighbors used water from a
well on the property to save their houses.
Berkeley Historical Plaque Project
2000