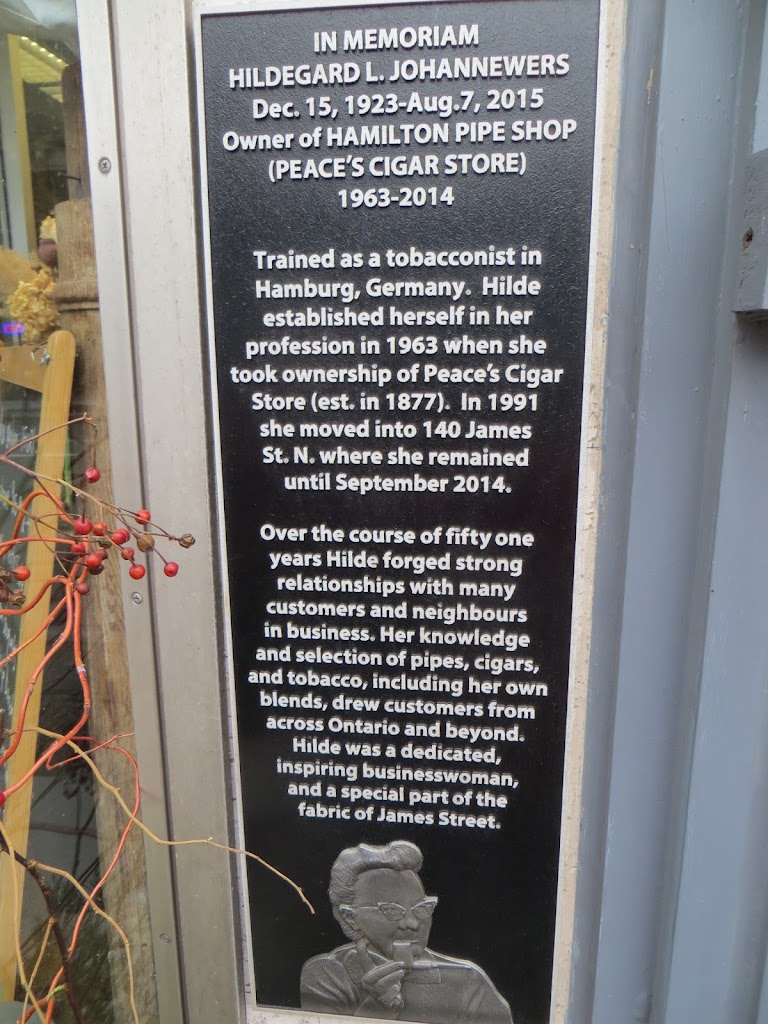 IN MEMORIAM
HILDEGARD L. JOHANNEWERS
Dec. 15, 1923 – Aug. 7, 2015
Owner of HAMILTON PIPE SHOP
(PEACE’S CIGAR STORE)
1963-2014
Trained as a tobacconist in Hamburg, Germany. Hilde established herself in her profession in 1963 when she took ownership of Peace’s Cigar Store (est. in 1877). In 1991 she moved into 140 James St. N. where she remained until September 2014.
Over the course of fifty one years Hilde forged strong relationships with many customers and neighbours in business. Her knowledge and selection of pipes, cigars, and tobacco, including her own blends, drew customers from across Ontario and beyond. Hilde was a dedicated, inspiring businesswoman, and a special part of the fabric of James Street.
--and, on a personal note, Hilde very patiently gave the submitter of this plaque entry a short lecture on the differences between a Calabash, a Meerschaum and a couple of other pipe styles when I randomly popped in her shop to ask about a ‘Sherlock Holmes’ pipe as a kid. Quite sure it was not her first time doing so...!