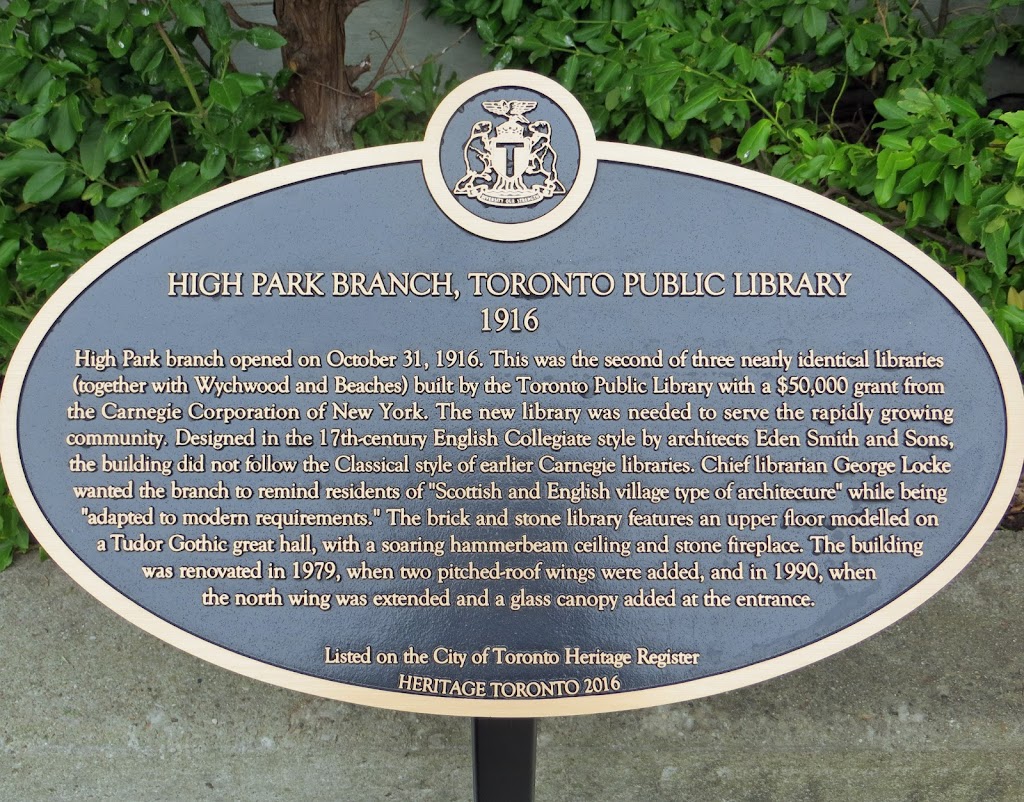 Plaque unveiled as part of the 100th anniversary festivities of the High Park Branch Library on October 1, 2016.

High Park branch opened on October 31, 1916. This was the second of three nearly identical libraries (together with Wychwood and Beaches) built by the Toronto Public Library with a $50,000 grant from the Carnegie Corporation of New York. The new library was needed to serve the rapidly growing community. Designed in the 17th-century English Collegiate style by architects Eden Smith and Sons, the building did not follow the Classical style of earlier Carnegie libraries. Chief librarian George Locke wanted the branch to remind residents of “Scottish and English village type architecture” while being “adapted to modern requirements.” The brick and stone library features an upper floor modelled on a Tudor Gothic great hall, with a soaring hammerbeam ceiling and stone fireplace. The building was renovated in 1979, when two pitched-roof wings were added, and in 1990, when the north wing was extended and a glass canopy added at the entrance.

Listed on the City of Toronto Heritage Register