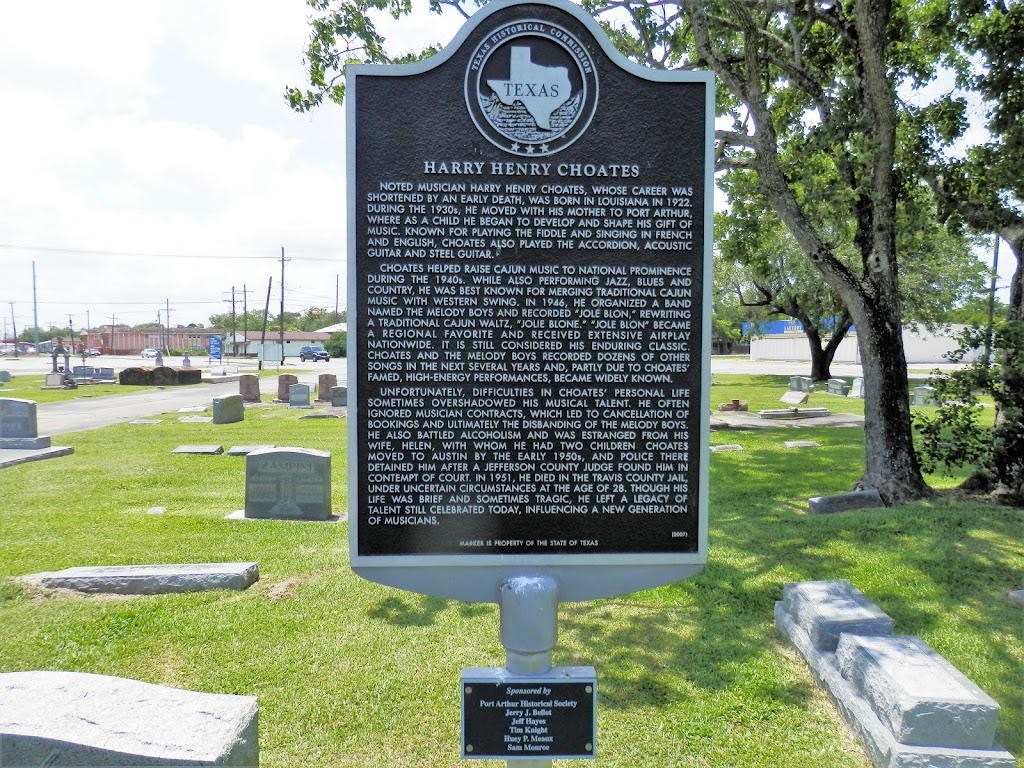 Noted musician Harry Henry Choates, whose career was shortened by an early death, was born in Louisiana in 1922. During the 1930s, he moved with his mother to Port Arthur, where as a child he began to develop and shape his gift of music. Known for playing the fiddle and singing in French and English, Choates also played the accordion, acoustic guitar and steel guitar.

Choates helped raise Cajun music to national prominence during the 1940s. While also performing jazz, blues and country, he was best known for merging traditional Cajun music with western swing. In 1946, He organized a band named the Melody Boys and recorded "Jole Blon," rewriting a traditional Cajun waltz, "Jolie Blone." "Jole Blon" became a regional favorite and received extensive airplay nationwide. It is still considered his enduring classic. Choates and the Melody Boys recorded dozens of other songs in the next several years and, partly due to Choates' famed, high-energy performances, became widely known.

Unfortunately, difficulties in Choates' personal life sometimes overshadowed his musical talent. He often ignored musician contracts, which led to cancellation of bookings and ultimately the disbanding of the Melody Boys. He also battled alcoholism and was estranged from his wife, Helen, with whom he had two children. Choates moved to Austin by the early 1950s, and police there detained him after a Jefferson County judge found him in contempt of court. In 1951, he died in the Travis County Jail, under uncertain circumstances at the age of 28. Though his life was brief and sometimes tragic, he left a legacy of talent still celebrated today, influencing a new generation of musicians.

Marker is property of the State of Texas