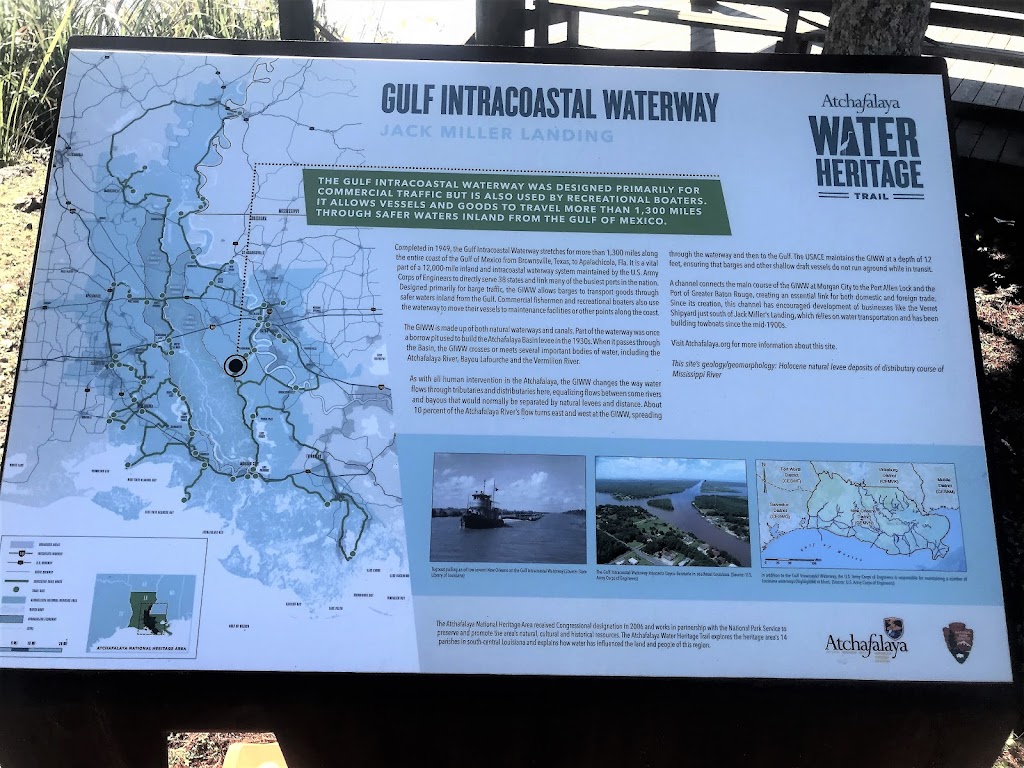 The Gulf Intracoastal Waterway was designed primarily for commercial traffic but is also used by recreational boaters. It allows vessels and goods to travel more than 1,300 miles through safer waters inland from the Gulf of Mexico.

Completed in 1949, the Gulf Intracoastal Waterway stretches for more than 1,300 miles along the entire coast of the Gulf of Mexico from Brownsville, Texas, to Apalachicola, Fla. It is a vital part of a 12,000-mile inland and intracoastal waterway system maintained by the U.S. Army Corps of Engineers to directly serve 38 states and link many of the busiest ports in the nation. Designed primarily for barge traffic, the GIWW allows barges to transport goods through safer waters inland from the Gulf. Commercial fishermen and recreational boaters also use the waterway to move their vessels to maintenance facilities or other points along the coast.

The GIWW is made up of both natural waterways and canals. Part of the waterway was once a borrow pit used to build the Atchafalaya Basin levee in the 1930s. When it passes through the Basin, the GIWW crosses or meets several important bodies of water, including the Atchafalaya River, Bayou Lafourche and the Vermilion River.

As with all human intervention in the Atchafalaya, the GIWW changes the way water flows through tributaries and distributaries here, equalizing flows between some rivers and bayous that would normally be separated by natural levees and distance. About 10 percent of the Atchafalaya River’s flow turns east and west at the GIWW, spreading through the waterway and then to the Gulf. The USACE maintains the GIWW at a depth of 12 feet, ensuring that barges and other shallow draft vessels do not run aground while in transit.

A channel connects the main course of the GIWW at Morgan City to the Port Allen Lock and the Port of Greater Baton Rouge, creating an essential link for both domestic and foreign trade. Since its creation, this channel has encouraged development of businesses like the Verret Shipyard just south of Jack Miller’s Landing, which relies on water transportation and has been building towboats since the mid-1900s.