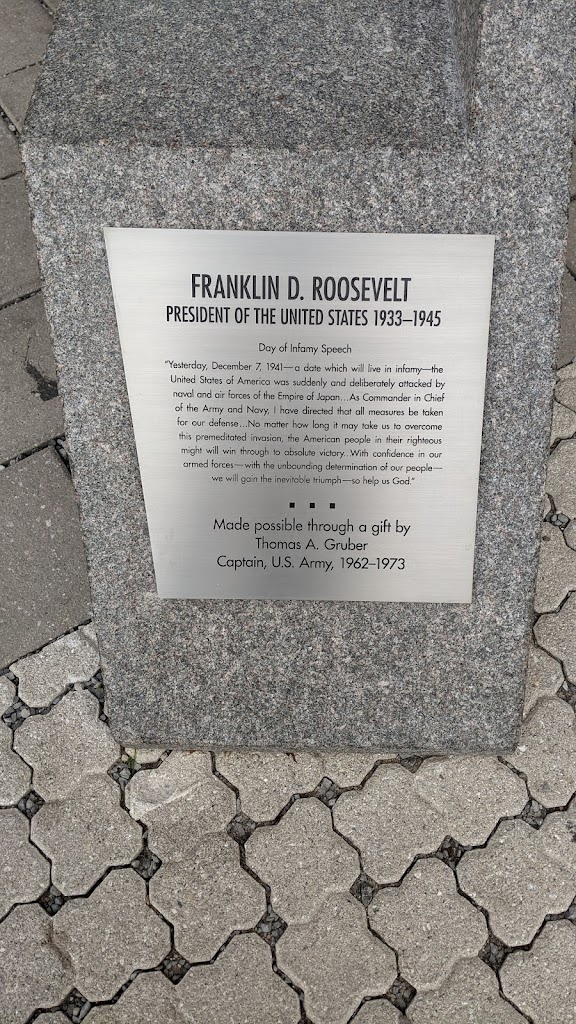 FRANKLIN D. ROOSEVELT
PRESIDENT OF THE UNITED STATES 1933-1945
Day of Infamy Speech
"Yesterday, December 7, 1941-a date which will live in infamy-the United States of America was suddenly and deliberately attacked by naval and air forces of the Empire of Japan...As Commander in Chief of the Army and Navy, I have directed that all measures be taken for our defense...No matter how long it may take us to overcome this premeditated invasion, the American people in their righteous might will win through to absolute victory...With confidence in our armed forces-with the unbounding determination of our people- we will gain the inevitable triumph-so help us God."
Made possible through a gift by Thomas A. Gruber Captain, U.S. Army, 1962-1973