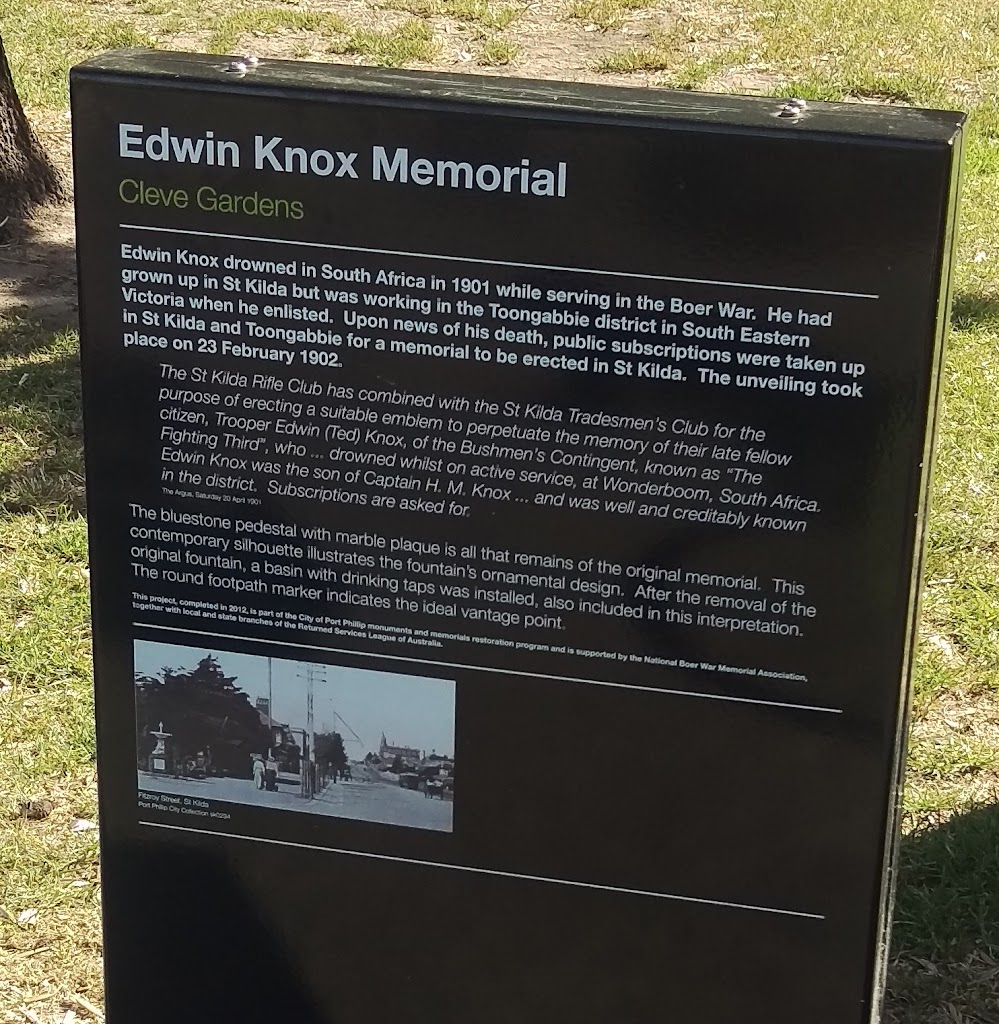 Edwin Knox drowned in South Africa in 1901 while serving in the Boer War. He had grown up in St Kilda but was working in the Toongabbie district in South Eastern Victoria when he enlisted. Upon news of his death, public subscriptions were taken up in St Kilda and Toongabbie for a memorial to be erected in St Kilda. The unveiling took place on 23 February 1902.

The St Kilda Rifle Club has combined with the St Kilda Tradesmen's Club for the purpose of erecting a suitable emblem to perpetuate the memory of their late fellow citizen, Trooper Edwin (Ted) Knox, of the Bushmen's Contingent, known as "The Fighting Third" who ...drowned whilst on active service at Wonderboom, South Africa. Edwin Knox was the son of Captain H. M. Knox ...and was well and creditably known in the district. Subscriptions are asked for.

The bluestone pedestal with marble plaque is all that remains of the original memorial. This contemporary silhouette illustrates the fountain's ornamental design. After the removal of the original fountain, a basin with drinking taps was installed, also included in this interpretation. The round footpath marker indicates the ideal vantage point.'