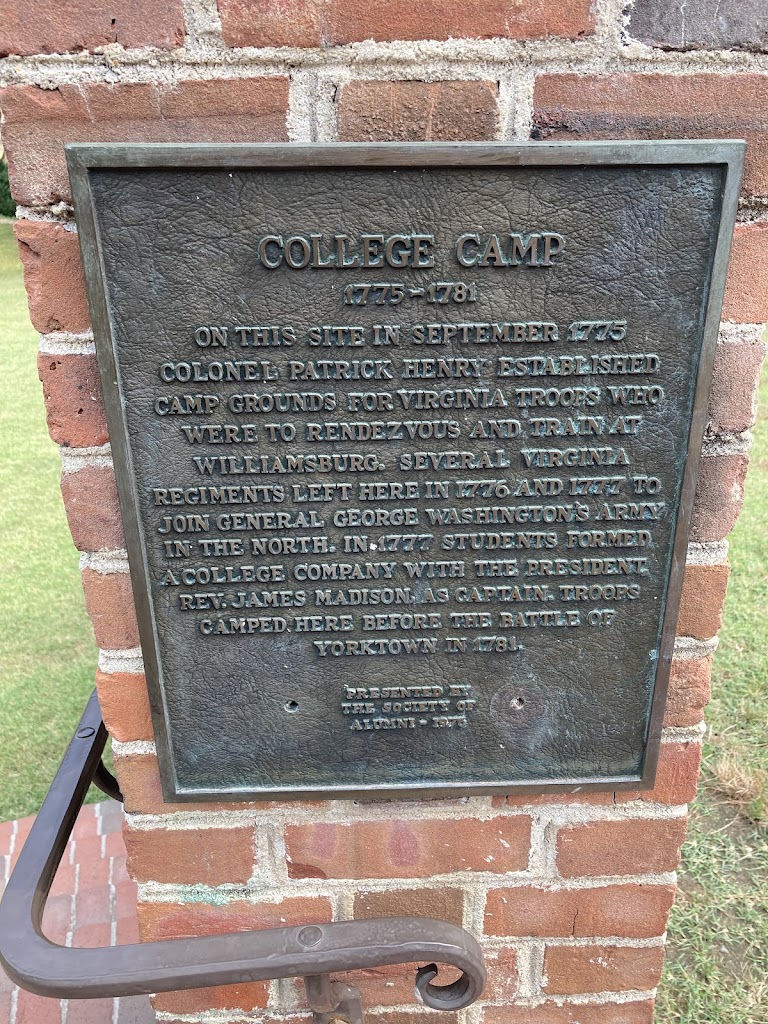 On this site in September 1775 Colonel Patrick Henry established camp grounds for Virginia troops who were to rendezvous and train at Williamsburg. Several Virginia regiments left here in 1776 and 1777 to join General George Washington’s army in the north. In 1777 students formed a college company with the president Rev. James Madison, as captain, troops camped here before the Battle of Yorktown in 1781.