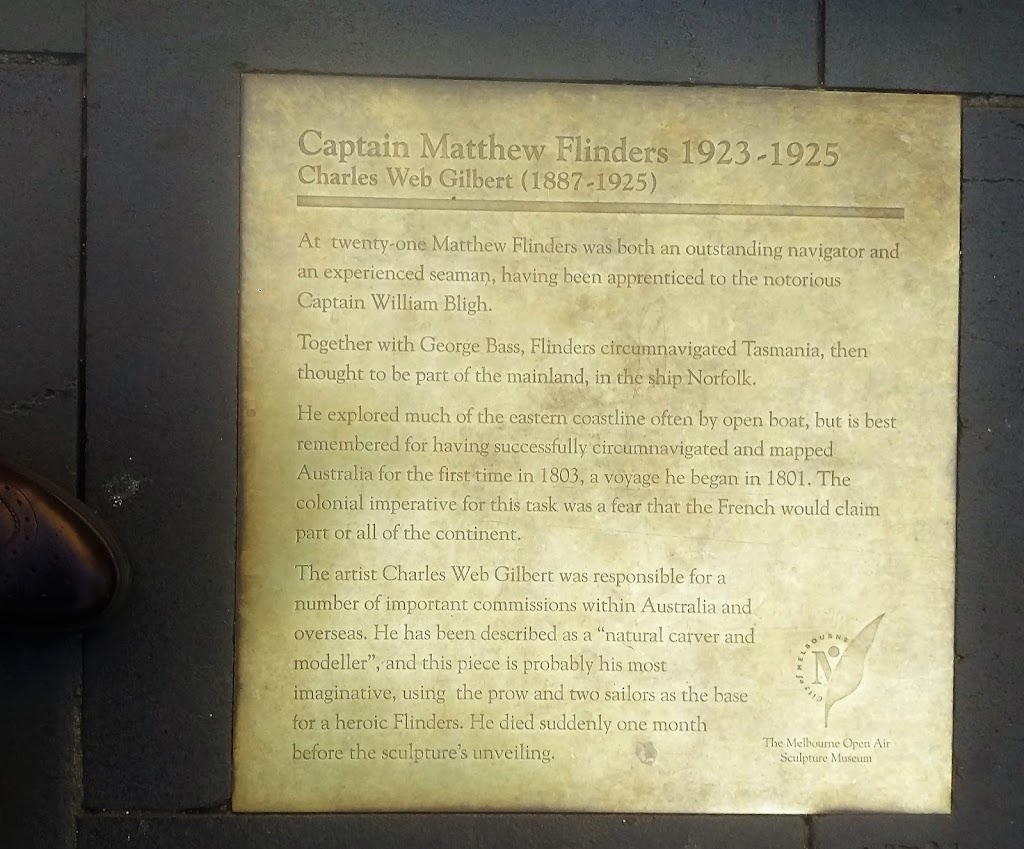 Plaque for a statue. Picture of the statue:

'Captain Matthew Flinders 1923-1925 Charles Web Gilbert (1887-1925) At twenty-one Matthew Flinders was both an outstanding navigator and an experienced seaman, having been apprenticed to the notorious Captain William Bligh.

Together with George Bass, Flinders circumnavigated Tasmania, then thought to be part of the mainland, in the ship Norfolk.

He explored much of the eastern coastline often by open boat, but is best remembered for having successfully circumnavigated and mapped Australia for the first time in 1803, a voyage he began in 1801. The colonial imperative for this task was a fear that the French would claim part or all of the continent.

The artist Charles Web Gilbert was responsible for a number of important commissions within Australia and overseas. He has been described as a "natural carver and modeller ”, and this piece is probably his most imaginative, using the prow and two sailors as the base for a heroic Flinders. He died suddenly one month  before the sculpture's unveiling.  The Melbourne Open Air Sculpture Museum'