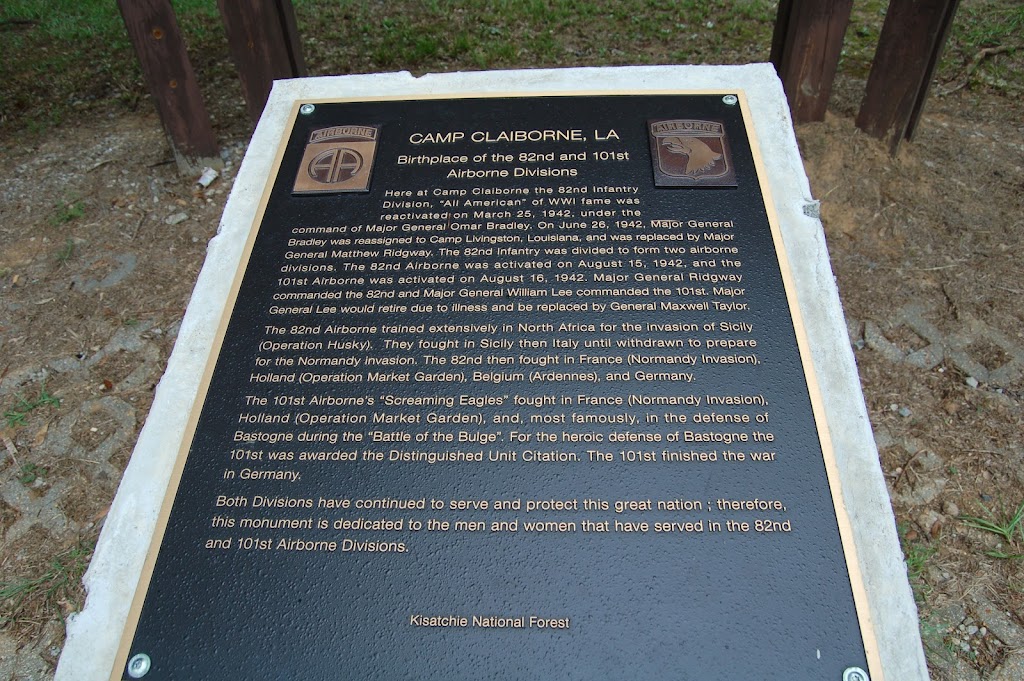 The 82nd Airborne trained extensively in North Africa for the invasion of Sicily (Operation Husky). They fought in Sicily then Italy until withdrawn to prepare for the Normandy invasion. The 82nd then fought in France (Normandy Invasion) Holland (Operation Market Garden), Belgium (Ardennes), and Germany.

The 101st Airborne's "Screaming Eagles” fought in France (Normandy Invasion) Holland (Operation Market Garden), and, most famously, in the defense of Bastogne during the "Battle of the Bulge”. For the heroic defense of Bastogne the 101st was awarded the Distinguished Unit Citation. The 101st finished the war in Germany.

Both Divisions have continued to serve and protect this great nation ; therefore this monument is dedicated to the men and women that have served in the 82nd and 101st Airborne Divisions.