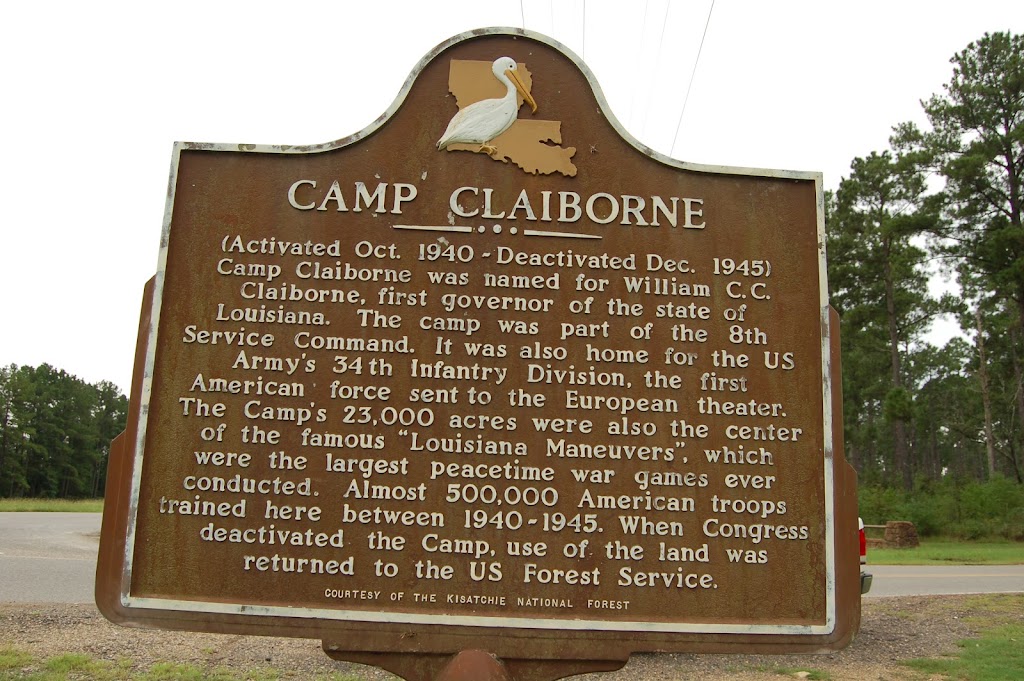 (Activated Oct. 1940 - Deactivated Dec. 1945)Camp Claiborne was named for William C. C. Claiborne, first governor of the state of Louisiana. The camp was part of the 8th Service Command. It was also home for the US Army's 34th Infantry Division, the first American force sent to the European theater. The Camp's 23,000 acres were also the center of the famous "Louisiana Maneuvers", which were the largest peacetime war games ever conducted. Almost 500,000 American troops trained here between 1940-1945. When Congress deactivated the Camp, use of the land was returned to the US Forest Service.