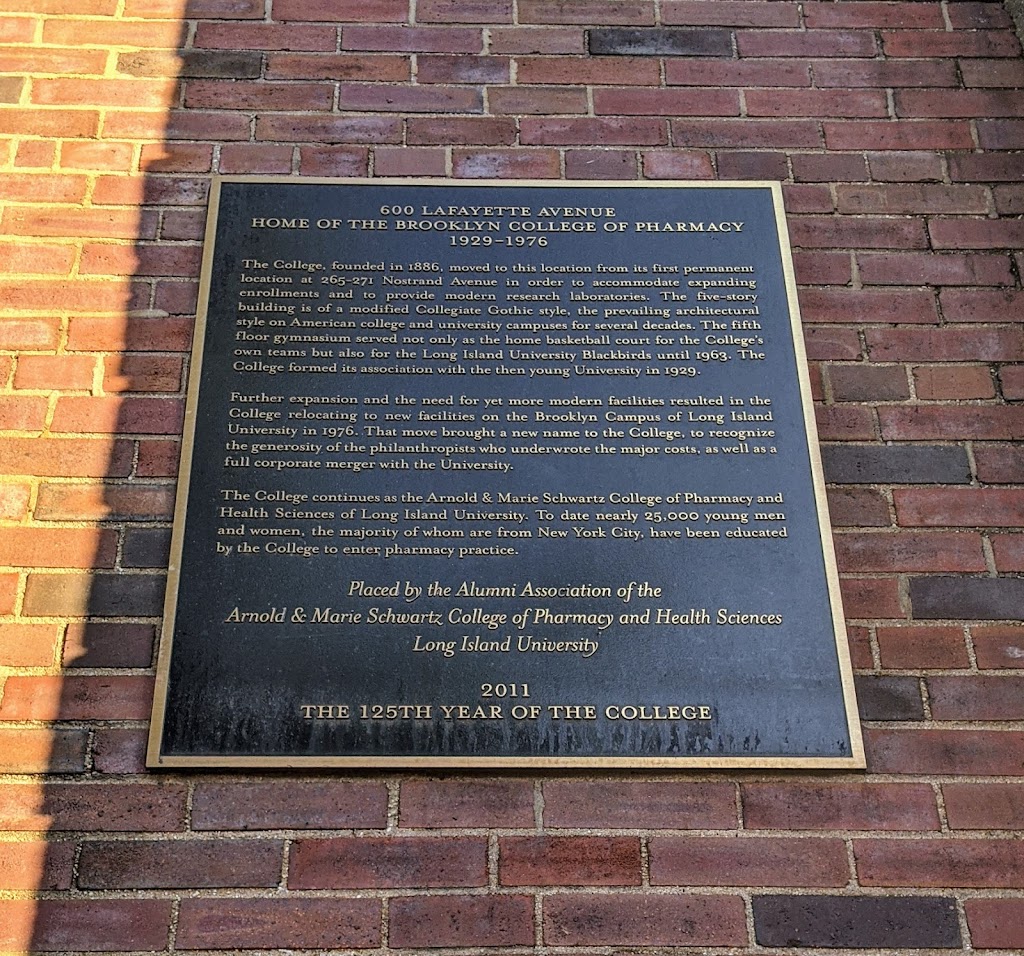 The College, founded in 1886, moved to this location from its first permanent location at 265-271 Nostrand Avenue in order to accommodate expanding enrollments and to provide modern research laboratories. The five-story building is of a modified Collegiate Gothic style, the prevailing architectural style on American college and university campuses for several decades. The fifth floor gymnasium served not only as the home basketball court for the College's own teams but also for the Long Island University Blackbirds until 1963. The College formed its association with the then young University in 1929.

Further expansion and the need for yet more modern facilities resulted in the College relocating to new facilities on the Brooklyn Campus of Long Island University in 1976. That move brought a new name to the College, to recognize the generosity of the philanthropists who underwrote the major costs, as well as a full corporate merger with the University.

The College continues as the Arnold & Marie Schwartz College of Pharmacy and Health Sciences of Long Island University. To date nearly 25,000 young men and women, the majority of whom are from New York City, have been educated by the College to enter pharmacy practice.